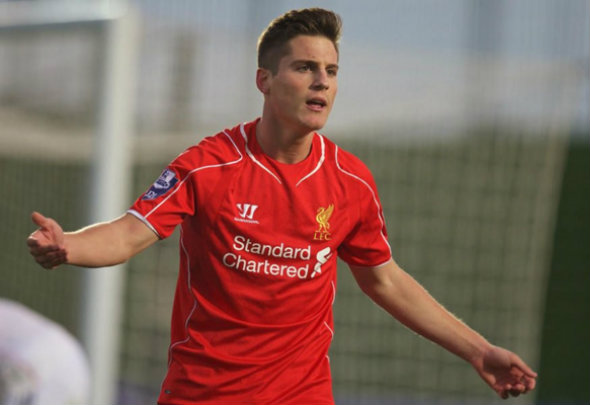 Liverpool have accepted a £2.5million bid from Norwich for winger Sergi Canos, according to a report.

Merseyside publication The Liverpool Echo claim that the Spanish right-winger now has permission to speak to the newly relegated Championship outfit.

It is understood that the Canaries’ offer matches the fee recently tabled by fellow Championship club Bristol City for the 19-year-old.

However, Canos has been stalling over a move to Ashton Gate and has been granted permission by the Reds to speak to Norwich and is now believed to be weighing up his options.

The youngster who has a year left on his current contract must now decide whether to stay at Liverpool, or take the opportunity to play regular first-team football in England’s second tier.

It is believed that the Spain Under 19-international had begun negotiations with the Reds over a new deal this summer, but talks quickly broke down as a result of his £10,000-per-week wage demands.

Canos joined Liverpool from Barcelona in 2013 and spent the 2015-16 season on loan at Brentford where he made 39 appearances for the club scoring seven goals and providing five assists.

The youngster also made his first team debut for the Anfield club in the recently completed season, as he came on as a late substitute on the final day against West Brom.

In other Liverpool news, Crystal Palace’s £31.5million swoop for Christian Benteke has hit a snag over the player’s personal terms.