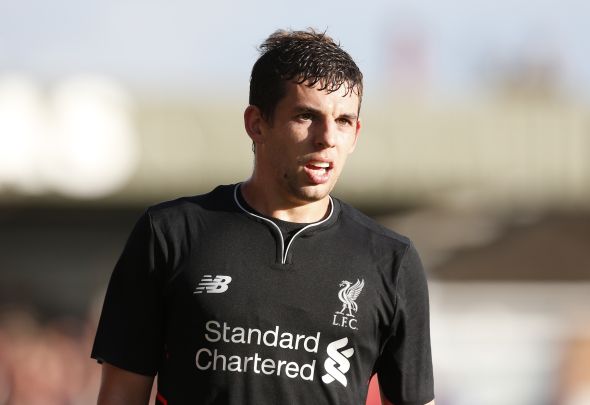 Liverpool defender Jon Flanagan looks like he is weighing up an offer to join Premier League new boys Burnley on loan, after it was confirmed that he didn’t travel with the rest of the squad to the USA.

The Liverpool Echo reported that the 23-year-old academy graduate was not on the plane, as the rest of the squad jetted off to their California training base.

Championship winners Burnley are interested in taking Flanagan on-loan, after identifying that he is second choice to full-backs Nathaniel Clyne and Alberto Moreno.

Burnley have made contact with the Merseysiders and it now seems Klopp will allow fan-favourite Flanagan to leave the club he has represented since he was a boy.

Flanagan has fully recovered from the knee problems that sidelined him for 18 months, and even managed to land himself a new three-year contract in March that will keep him at Liverpool until 2019.

Despite managing a short revival from injury at the start of 2016, Flanagan was unable to force his way into the first team regularly. He made five Premier League appearances last season, including a start in the last game of the season against West Brom.

Liverpool have been active in the transfer market so far, with Klopp adding Sadio Mane, Joel Matip, Marko Grujic and Loris Karius to his squad.

In other Liverpool news, Klopp has accepted a £13million bid for his Euro 2016 star.