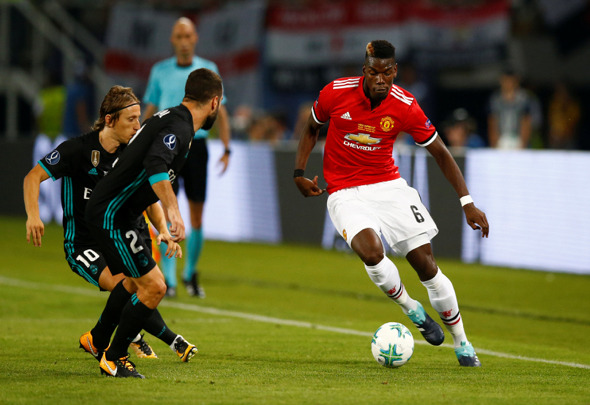 Manchester United midfielder Paul Pogba is set to return to fitness for the visit of Newcastle United after the international break, according to a report.

The Daily Star claim on their website that the midfield general has stepped up his recovery from injury during training, and that manager Jose Mourinho is hoping to have him available after the two week gap between league fixtures.

The French international has been out of action since picking up a thigh injury two months ago, which has seen him miss no less than 12 of the Red Devils’ fixtures, including the last seven league matches.

He had made a good start to the season, netting twice and chipping in with as many assists in his opening four appearances in the top flight, while he has six outings in total under his belt.

It is said that Pogba will be included in first team training for a week before their return to action against the Magpies, while Mourinho may look to ease him back into the swing of things ahead of the crucial tie against fellow title contenders and local rivals Manchester United at the start of December.

Newcastle themselves are missing their midfield maestro, with Mikel Merino ruled out of the last two matches with a back injury, and it awaits to be seen whether he will have recovered over the international break.

In other Newcastle United news, the club are looking to reignite a swoop for a former target after failing with a £20million bid.