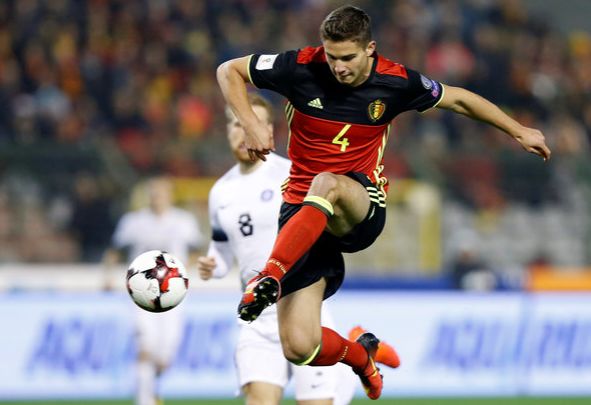 West Ham manager David Moyes is eyeing up a double swoop for a pair of central midfielders in the summer after failing in the hunt for several senior stars in January, according to a report.
The Mirror claim on their website that the Scottish manager is desperate to add to his options in the centre of the park after majorly missing out in the winter window, with moves for no less than five midfielders falling through before deadline day.
It is said that the Hammers are to relaunch a bid to snap up Anderlecht enforcer Leander Dendoncker after failing to secure his services, with the 22-year-old top of the list which also included Joe Allen, James Maddison, Tom Cairney and Harry Arter last month.
The four-cap Belgium international, who can also play at centre back, has turned out 33 times for his side this season, and has been handed the captain’s armband in recent weeks.
Football Insider verdict
It was well advertised that Moyes was keen to sign a new central midfielder over the January window, so to know that he is eyeing up a swoop for two new talents should come as no surprise to supporters. He wants some more metal in the centre of the park, but whether he can convince Dendoncker to move to the London Stadium is another matter. The 22-year-old is a proven talent and his performances between now and the end of the season will only see his price tag rise. At least supporters know that Moyes has a number of other options up his sleeve if his top target is unavailable.
In other West Ham news, fans have besieged the board for their decision on this £65,000-a-week player.
Don’t miss out on breaking and exclusive West Ham news by clicking here for our brilliant 24/7 updates on Facebook, Instagram and YouTube