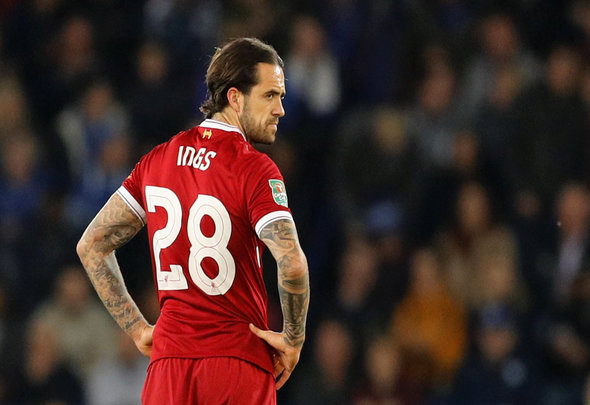 West Ham manager David Moyes has lined up Liverpool striker Danny Ings as a January transfer target as the club seek a short term fix up front, according to a report.

The Sun claim on their website that the newly appointed Hammers boss is keen on securing a deal for the 25-year-old as the Reds look to loan him out as he continues to recover from his injury nightmare during his two-and-a-half years at Anfield.

Moyes is said to be a fan of Ings, having reportedly tried to sign him from Burnley when at Real Sociedad, and it looks as though he will make another move for his long-term target.

Liverpool boss Jurgen Klopp is said to be keen on sending him out to a fellow Premier League side, and West Ham are said to have been joined by Bournemouth, the club where Ings started his professional career, and Newcastle United in trying to secure his signature.

Ings has just 12 appearances and three goals for Liverpool since arriving from Burnley in 2015, having been forced to undergo surgery on injuries in both knees, and he has managed just one outing for the senior side this season.

Ings is looking like a man in high demand this January and it will all come down to where Liverpool think is best for him to continue his recovery from his injury nightmare. Jurgen Klopp is demanding that he is given adequate playing time and Moyes will have to convince that West Ham can offer that despite a wealth of attacking options already at the club. Javier Hernandez was the man brought in over summer to score the goals needed but having been utilised out wide, he has failed to prove himself. Newcastle and Bournemouth could both offer the game time which Ings needs and as such Moyes may face a real fight to bring Ings to the London Stadium.

In other West Ham news, the club have been handed a stern warning by Paul Merson.