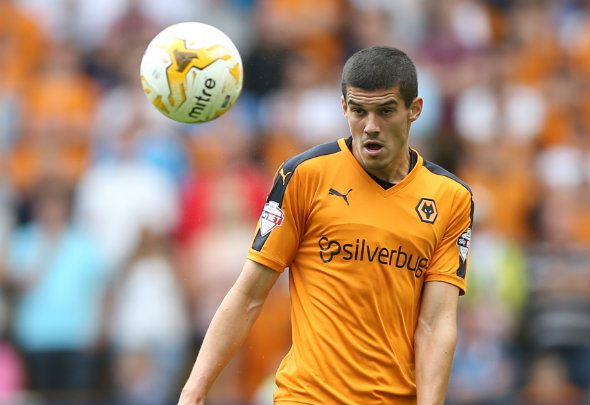 Newcastle United are in hot pursuit of Wolverhampton Wanderers defender Conor Coady this window, according to a report.
Metro claim on their website that the Magpies are joined by fellow Premier League side West Brom in chasing the signature of the 22-year-old enforcer, who is said to be valued at an affordable £8million and has helped Wolves in running away with the title chase in the Championship.
He has appeared in all but one of the club’s 26 league matches this season as they have stormed to the top of England’s second tier, building up a 12 point gap over second placed Derby County and are 14 points off Cardiff City in third.
Able to operate in the heart of defence or in a defensive midfield role, he has made 112 appearances for the club since joining from Huddersfield in 2015, and has a single minute of Premier League action under his belt after coming off the bench for Liverpool in 2013.
Football Insider verdict
Signing a central defender really should not be Rafael Benitez’s priority this window, with a whole host of talent already at his disposal. Jamaal Lascelles is set to be a fixture in the heart of the defence for years to come, and with the likes of Ciaran Clark, Florian Lejeune and Chancel Mbemba able to line up next to him, the Magpies are covered. As for Wolves, they cannot be affording to let their top stars depart, despite their advantage at the top of the Championship table. He is crucial in marshalling the back line and Nuno should not risk upsetting the balance just for some additional funds. This should be a non-starter from both sides, but who knows what will happen come the end of January.
In other Newcastle United news, the club are ready to offload one of their defenders with a top flight club circling for his signing.