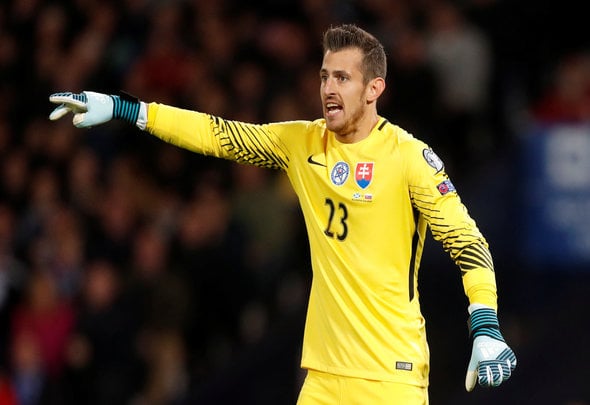 Newcastle United are fighting to secure moves for Czech top flight duo Martin Dubravka and Michal Krmencik before Wednesday’s transfer deadline, according to a report.
The Daily Star claim on their website that the Magpies are struggling to secure deals for the goalkeeper and striker as the end of January closes in, and that a deal for either of the pair is currently looking unlikely with two days to go despite the club being keen.
Sparta Prague shot stopper Dubravka has been heavily linked with a move to St James’ Park this month, but the Czech club are said to be unwilling to let the £6million-rated Slovakian international leave on loan as Newcastle desire, with only a permanent deal welcomed.
Meanwhile the report states the north east side are yet to table a move for Victoria Plzen forward Krmencik, and that the club are unwilling to see him leave until they secure the league title, as they currently top the table from Dubravka’s Sparta side who sit in second.
Football Insider verdict
Despite the same thing happening every year, Newcastle fans still build themselves up with hope that the club might pull off some late moves in either the summer or winter window, only to be disappointed when the market eventually shuts. It looks as though the Toon Army might find themselves in a similar situation in two days time, with any sort of transfer activity looking unlikely. Dubravka seemed an actual target while Krmencik may have been one driven more by media reports, but it seems as though it will not matter come midnight on Wednesday. It is a frustrating time for the Magpies, and Rafael Benitez must be tearing what little hair he has out at the club’s inability to secure signings.
In other Newcastle United transfer news, a Magpies’ target is on their way to the UK to secure a £14million deal.