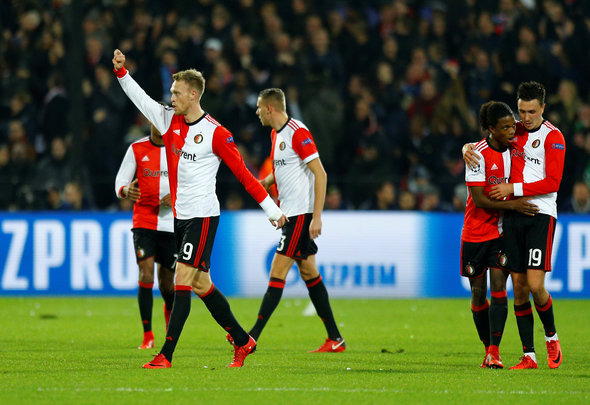 Newcastle United are set to reignite a transfer swoop for Feyenoord striker Nicolai Jorgensen after failing to capture his signing in the Janaury transfer window, according to a report.
The Daily Star claim on their website that the Magpies’ manager Rafael Benitez still eyes the 28-cap Danish international as a long-term option to alleviate the club’s woes up front, with Joselu, Aleksandar Mitrovic and Dwight Gayle all having to failed to find the goal trail.
Despite reportedly having missed out with a number of failed bids last month, which led to the north east side moving for Leicester City striker Islam Slimani on loan, it is said they will revisit a move for the £20million-rated 27-year-old at the end of the season, with Jorgensen having netted nine goals in 22 appearances this season.
Football Insider verdict
While Jorgensen may well be the club’s top target right now, there is a lot that could change between now and the end of the season, including the possibility of relegation, and as such Benitez will be building up a list of potential options no matter the circumstances. There may well be options previously unavailable who are put up for sale, or prices are slashed giving the Magpies to sign players they did not think they would stand a chance of capturing. However, it could work in the opposite direction, and Feyenoord may well drive up the asking price for Jorgensen to beyond what the Magpies are willing to spend.
In other Newcastle United transfer news, the club beat off Premier League and European opposition to snap up one of their January signings.