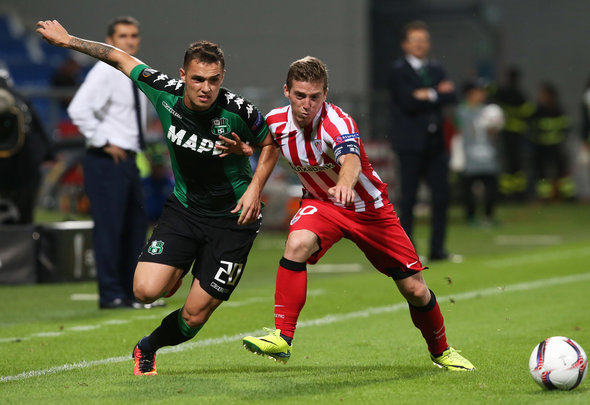 Newcastle United have seen an £8.8million (€10million) offer for right back Pol Lirola turned down by European giants Juventus, according to a report.
Italian football news website Calcio Mercato claim that the Magpies had tried to prise the 20-year-old defender away from the Serie A title hopefuls, after impressing during his loan spell with Sassuolo this season.
The move would have reportedly seen Juve cancel his loan with their league counterparts before joining up with the Magpies permanently, but both Italian sides were reportedly unwilling to see the loan deal come to a premature end, with the youngster highly rated by his parent club.
The Spanish defender has been with Sassuolo for the last two seasons, and has appeared as both a right back and a right midfielder, with 16 outings across all competitions during the current campaign, while he is yet to appear for Juventus’ senior side.
Football Insider verdict
A new right back should be low down manager Rafael Benitez’s priorities this month, with the likes of a striker much more necessary as the Magpies look to survive this season. That being said, Lirola looks like a bright young talent and for just short of £9million could have been a good signing moving forward. However Juventus probably rate him at a higher fee than that the Magpies were offering, and Sassuolo seem unlikely to let him leave his loan deal early. It does give fans an idea of what Newcastle might be looking for though, and what to expect as the January transfer window comes to a close.
In other Newcastle United transfer news, the club are said to have tabled a record equalling bid to sign a international star from a top flight club.