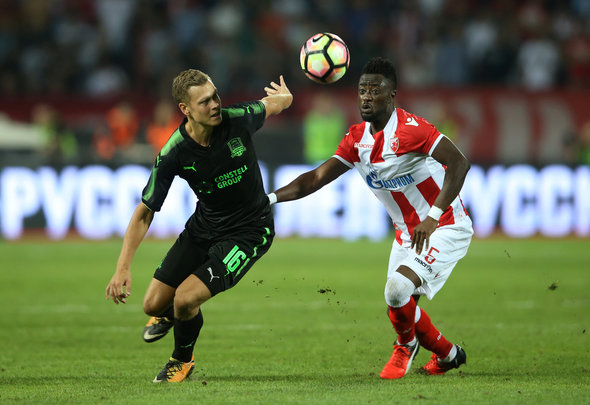 Newcastle United boss Rafael Benitez has assigned his scouting team the task of sourcing a central midfielder ready to head into the first team, according to a report.

The Chronicle claim on their website that despite having no less than four options at his disposal in the middle of the park, Benitez is keen to see another name added during the winter transfer window.

They also state that he is looking to reinforce in the full back, striking and goalkeeping positions, with the scouting team heading as far as Eastern Europe to source the talent.

With regards to the central midfield search, the newspaper named 25-year-old Swedish international Viktor Claesson, who plays for Russian side FK Krasnodar, as a player they chose not to pursue their initial interest in.

The attacking midfielder, who can also operate on the left flank, has made 32 appearances for Krasnodar, with five of those goals coming in 14 appearances this season.

He also has 15 caps to his name for Sweden, netting three times, and is contracted to his club until 2020.

The Chronicle’s report also claims that the Magpies are looking to turn Mikel Merino’s loan deal from Borussia Dortmund into a permanent one after impressing during his time on Tyneside.

With Jonjo Shelvey, Isaac Hayden, Mikel Merino and Mo Diame all vying for those central midfield roles, it is curious Benitez feels he needs extra additions there. With Merino looking a near certainty to remain at the club, fans may see one of the current options depart either on loan or permanently. As for the interest in Claesson, he seems like the sort of player who would fit into the Magpies’ style of play, and his versatility to play through the middle or on the wing would have benefited the club in terms of injuries and suspensions. Whether they choose to pursue him after his fine form this season awaits to be seen.