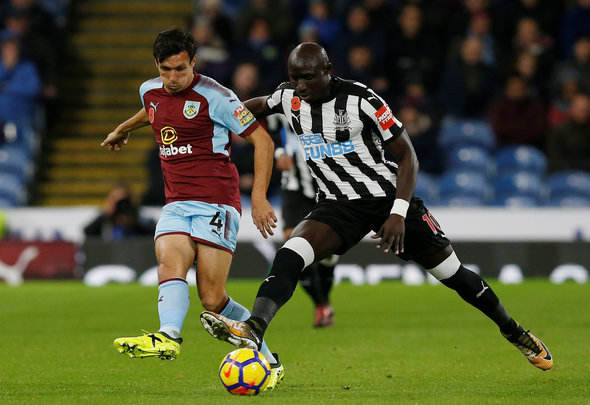 Newcastle United midfielder Mohamed Diame is keen on a move to Aston Villa to reunite with his former manager Steve Bruce, according to a report.

The Mirror claims in it’s print edition (page 47, 13 November) that Diame, 30, is looking to link up once again with the former Hull boss and a January switch is now on the cards.

It is understood that the 35-times Senegal international would consider leaving St. James’ Park for Villa Park when the transfer window re-opens in January, which is growing ever nearer.

Diame has played just eight times across all competitions for Newcastle since they won promotion to the Premier League last season, starting just once in the English top-flight as Rafa Benitez clearly doesn’t see him as a mainstay of his best possible side.

The former Hull player is seen as a powerhouse of a midfielder, who is good at getting up and down the pitch and forcing the opposition of the ball with his strength and tackling ability.

He proved last season that he also has a bit of an eye for a goal, having found they net six times across all competitions as the Magpies won the Championship title.

Diame is a good player and would certainly be handy in Aston Villa’s midfield. With Mile Jedinak and Glenn Whelan not getting any younger, Diame could come in and show add that extra bit of physicality and energy that has been missing in some displays this season. He is efficient at getting up and down the pitch and his recent knowledge of winning promotion to the Premier League could also come in handy to the Villains. Bruce hasn’t shied away from teaming up with former players of his during his career and this deal would make perfect sense from his point of view. If Diame is also willing to play for Villa then that is a good sign. The West Midlands club has had too many players who weren’t fit to wear the shirt in recent seasons.

In other Aston Villa news, this Villa senior man is being eyed up be one of the Premier League’s biggest clubs.