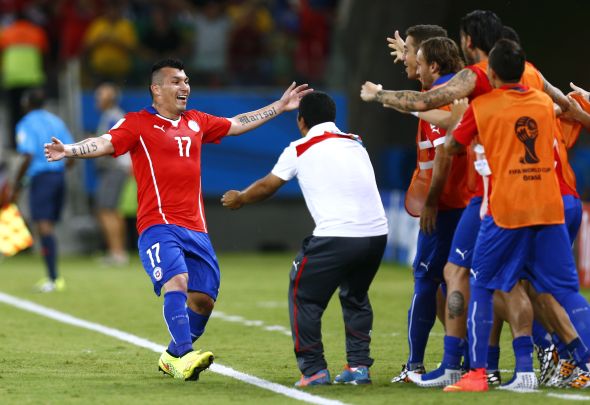 An unnamed Premier League side have tabled an offer for Inter Milan’s combative holding midfielder Gary Medel, according to a report.

Spanish newspaper AS had claimed last month that the Chile international was high on manager Jurgen Klopp’s shortlist in what could be a double deal with Marcelo Brozovic.

Italian outlet FC Inter News have now claimed that a mystery top-flight club have made a bid to return the former Cardiff City man to the Premier League.

Medel spent a year with Cardiff after signing for a club-record fee of £11million, and the tenacious midfielder can also play as a centre-back.

He has two years remaining on his deal at the San Siro, and Klopp is said to be keen on adding the 28-year-old to stabilise his midfield.

Klopp was in the United States to watch Medel star for his country, as Chile held aloft the Copa America trophy and was evidently impressed with the former Sevilla midfielder.

The aggressive midfielder has made 78 appearances in all competitions for the Nerazzuri since moving to the Serie A giants, after signing from Cardiff in 2014.

Liverpool manager Jurgen Klopp has been active in the transfer market so far and looks set to continue spending his allocated transfer budget.

He has already brought in six new players, including big money moves for Sadio Mane and Georginio Wijnaldum for a combined £60million.

In other Liverpool transfer news, the Reds have made a second offer worth £34.5million for this Euro 2016 winner.