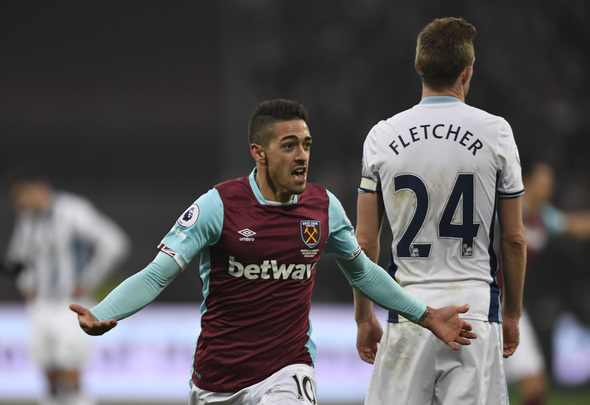 West Ham first teamer Manuel Lanzini is currently in Argentina rather than Dubai with the rest of the squad after being allowed to travel home, according to a report.

Hammers blog Claret and Hugh have shared that the young attacker was allowed to return to his home country for his birthday on Wednesday and that he will travel to the training camp in Dubai in the next couple of days.

This will certainly ease the minds of a lot of West Ham fans who are keen to keep hold of their current stars after seeing Dimitri Payet leave in January.

Additionally, Lanzini gave an interview to River Late TV, as translated by the Express earlier in the week suggesting that he would be open to a return to River Plate, casting worry around the Hammers fan base.

However, an ‘insider’ has told Claret and Hugh that the player is still very settled in east London and that the journey to Argentina was simply to spend time with his family.

“He was allowed to fly back home to spend time with family and will rejoin the squad in Dubai before flying back to London. He is very settled and is a big part of our future,” said the ‘insider’ as quoted by Claret and Hugh.

Lanzini has been in fine form for West Ham this season with a return of five goals and two assists in 26 encounters for the club.

With his contract still set to last until 2020 Hammers fans will now be hoping to see a few more years out of the young attacker.

In other West Ham news, the Hammers have received a boost with this senior duo set to be available against Watford.