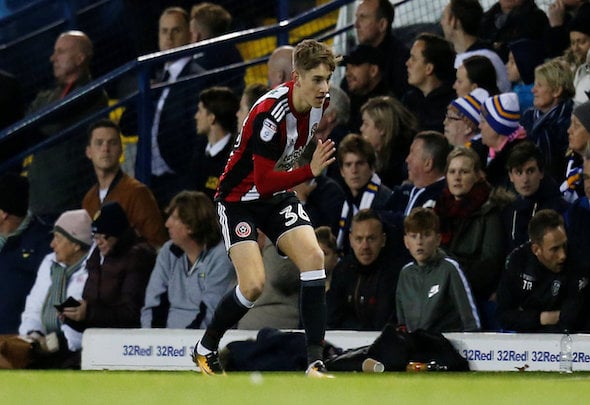 Tottenham are interested in signing Sheffield United prospect David Brooks during the January transfer window, according to a report.

The Mirror claims there are a number of top-flight teams who want to snap up the 20-year-old but the North London club are currently leading the chase.

The newspaper reports that Spurs will face some stiff competition in securing the forward’s services as Premier League rivals Liverpool are also firmly in the hunt to sign Brooks, who is reportedly rated at £20million.

The report claims that both Premier League sides have stepped up their interest in the attacker following his stellar performance with the Wales national team during the friendly against Panama last week.

Brooks has enjoyed a fantastic breakthrough campaign into the Sheffield United first-team, featuring in 17 matches in all competitions and demonstrating his quality on numerous occasions.

The youngster has provided three assists in all competitions and he notched up his first ever goal for the club in the 2-1 victory against Leeds United at Elland Road last month.

Brooks can be considered as one of the reasons why Sheffield United currently sit in the automatic promotion places in the league table.

The forward has four years remaining on his contract at Bramall Lane.

Brooks has demonstrated that he has the potential to be a fantastic talent. He has been a breath of fresh air in the Championship this season and it’s no surprise a host of top-flight teams are looking to add him to their ranks. The forward will surely be tempted to move to the Premier League and especially to work with Pochettino who has shown great faith in youth players and help develop them into stars. However, if Spurs want to push on and become genuine contenders for trophies, they need to try and sign the top class talent and not solely rely on youth.

In other Tottenham news, Theo Walcott issued a brutal put-down of Spurs after the North London derby win for Arsenal.