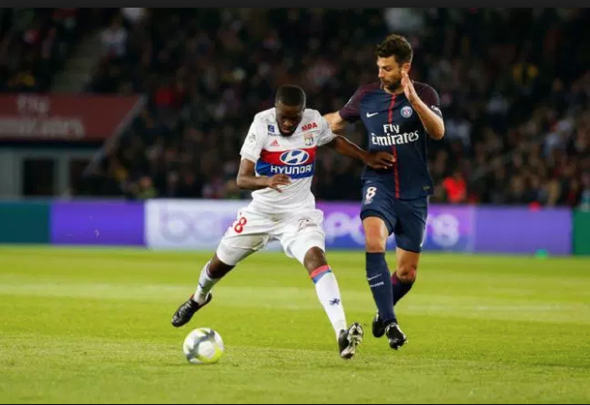 Tottenham have begun talks over Lyon midfielder Tanguy Ndombele, according to a report.

L’Equipe claim that after signing PSG attacker Lucas, Daniel Levy has another Ligue 1 target on his mind this summer and is ready to offer £35million (€40million) for the 21-year-old.

Ndombele has been a standout performer for Lyon this season and the report states that they do not want to sell him.

He has played last season on loan from Amiens, but Lyon have an option to buy for £8million and look set to take that up whether they keep him or sell him on for a profit.

It is claimed that Lyon could be willing to sell for £52.4million (€60million), but it is not known whether Levy will be prepared to go that high.

However, the report also claims that manager Mauricio Pochettino has personally sanctioned the deal, and sees Ndombele as a perfect replacement for Moussa Dembele, who looks set to leave this summer.

Ndombele himself is said to be in no rush to leave Lyon and will not force a move through.

With Dembele likely to leave this summer, Tottenham need a replacement, and it looks like they’ve found the ideal player in Ndombele. He’s basically a younger, fitter version of Dembele, with words like “athletic, powerful, technical” being used to describe him. He’s relatively untested, with just one full season in Ligue 1 under his belt, but he was a standout performer for Lyon last season. They’re set to take up the option to buy on the player, and could make a stunning instant profit on a player that cost them a total of around £10million, when you add the loan fee they paid and the £8million it will cost to make his deal permanent. Levy is a tough negotiator and is unlikely to go as high as £52.4million for a player like Ndombele, but it seems that Spurs are serious about landing the player. Like Levy, Jean Michel Aulas, owner of Lyon, is known for driving a hard deal, so this one could rumble on until both sides are happy. It’s definitely got legs though and it could be hastened if a deal is worked out for the exit of Dembele, who will be a big loss for Pochettino.

In other Tottenham news, Spurs ramp up pursuit of Colombian international with £14.5m release clause