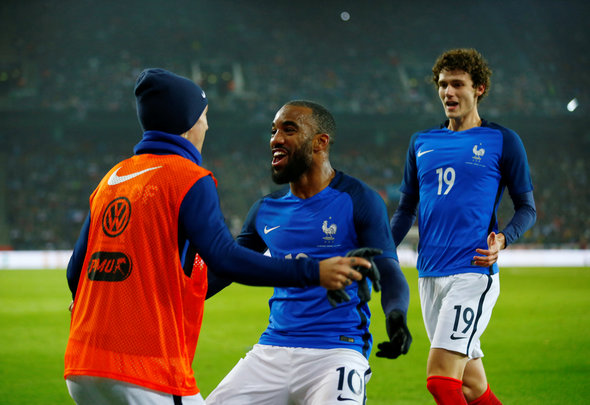 Tottenham and Liverpool are both hunting the summer signing of VfB Stuttgart defender Benjamin Pavard but will have to splash more than £27million (€30million) for his capture, according to a report.

German publication Bild claim on their website that the 21-year-old enforcer has been attracting the attention of the Premier League duo with his performances in Germany’s top flight, as well as the likes of Stuttgart’s league rivals RB Leipzig and Borussia Dortmund.

Spurs and Liverpool are both said to have sent scouts to watch the youngster, but have been warned they will have to splash the cash if they are to try prising him away from the side sitting 10th in the Bundesliga.

The club’s sporting director Michael Reschke told Bild: “Benjamin Pavard is clearly on the way from an exceptional talent to an international top player.

“We are currently the ideal club for him – and he feels that too.

“If now in the summer, a club believes he can sign him for €30million (£27million) transfer fee, this club was wrong.”

Pavard has made 28 appearances across all competitions this season, while also has two international caps for France under his belt, and has a contract which runs until 2021.

Pavard certainly is a talent for the future and is already proving his abilities for both club and country. However, while Reschke insists that the player feels as though he is the right place, is it just a ploy to ward off interest from the big hitters? Surely a player at 21-years-old wants to be playing at the top of the league and in European football if other clubs believe he is good enough, and Stuttgart are not going to offer him that. A big money offer may well be enough to convince both the player and the club that letting him go is the right move, but it will be a premium price tag considering how long is left on his deal with the German side.

In other Tottenham news, a journalist has given Spurs fans a dream update with a two match revelation.