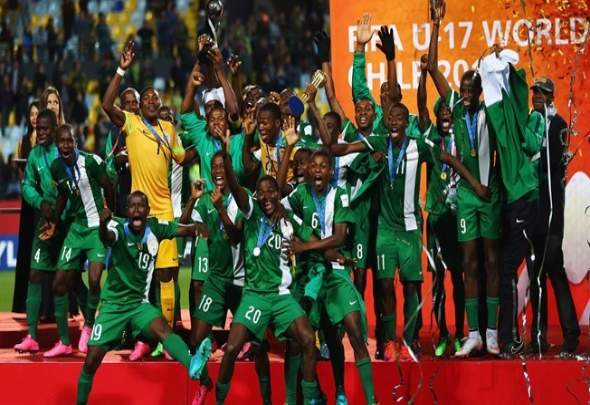 Nigeria Under-20 duo Kinglsey Michael and Orji Okonkwo have been offered to Tottenham, according to a report.

Nigerian football website Owngoalnigeria.com claim that the pair could be on their way to Spurs as their agent reportedly proposed them to the London club.

It is understood that Okonkwo and Michael are presently contemplating over an offer from Serie B side Spezia, but they would favour a move to the Premier League.

“We are waiting for their agent, the last time we spoke with him he told us he is waiting to hear from Spurs, but we still have the offer from Spezia to consider,” said a source close to the duo to Owngoalnigeria.com.

16-year-old Michael is currently playing in Nigeria with Abuja FC, where he stars as a defensive midfielder, while 18-year-old striker Okwonkwo also features in Nigerian football.

Nigeria are becoming a force in youth football, as the African side have won three Under-17 World Cup’s in the last nine years as well as finishing as runners-up in 2009 in their own country.

The Tottenham linked footballers were involved in winning the Under-17 World Cup with their country in Chile last summer and they have stepped up to becoming established Under-20’s players alongside Arsenal bound Kelechi Nwakali, Wolfsburg’s Victor Osimhen and Samuel Chukwueze, who is close to joining FC Porto.

In other Tottenham news, Georginio Wijnaldum is desperate for a move to Champions League club Spurs.