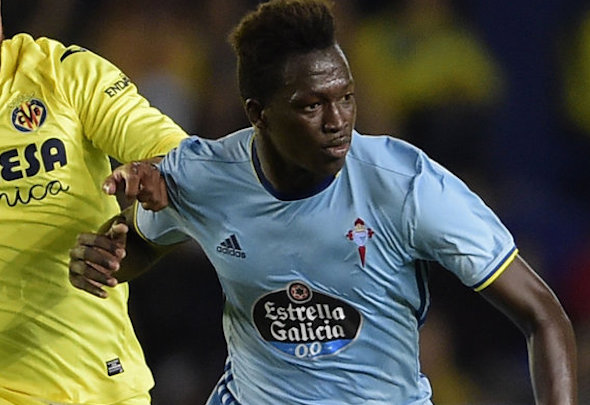 Tottenham have pulled the plug on their pursuit of Celta Vigo midfielder Pape Cheikh Diop and plan to promote teenager Tashan Oakley-Boothe instead, according to a report.

The Mail claim that Spurs have held back from making a big push to sign Diop shortly after reports that they were closing to signing him for £10million.

It is said that the 20-year-old is now set to join Lyon, while White Lane manager Mauricio Pochettino is ready to give Oakley-Boothe, 17, a chance to stake a claim for a first-team spot this season.

The England Under-17 international was on the substitute’s bench for Tottenham in their 1-1 draw against Burnley at Wembley on Sunday after a knee injury ruled out Victor Wanyama.

Oakley-Boothe, who can play as a holding midfielder or a box to box role, also figured for Spurs on their pre-season tour of the USA.

Pochettino is happy to give younger players their chance and has played a significant role in convincing Argentine defender Juan Foyth to join from Estudiantes ahead of Paris Saint-Germain.

If Pochettino thinks Oakley-Boothe can be as effective as Diop, three years his senior, this season then that will be good enough for Spurs fans. Their manager has an excellent track record as a judge of when a player is ready for first-team football, and his coaching staff are some of the best in the business at gearing them prepared for the top level. Spurs fans will be excited at what Oakley-Boothe, who does not turn 18 until February, has to offer. The word is that he could be something special.