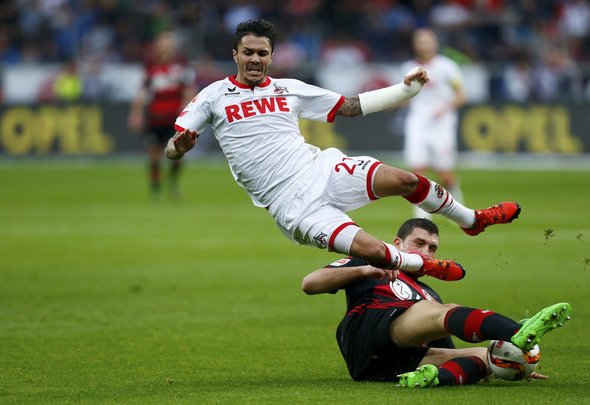 Tottenham have tabled an offer to snap up the services of FC Koln winger Leonardo Bittencourt after the German side were relegated from the top flight, according to a report.

German publication Bild claim on their website that Spurs are looking to take advantage of a £7million (€8million) relegation release clause in the 24-year-old’s contract, but face competition from Monaco, who are also said to have tabled a bid.

The clause is reportedly only set to be eligible until the end of the month, meaning his confirmed exit could be imminent, and Koln chief Armin Veh has admitted the club look set to lose their dazzling flyer, after six goals and five assists in his 27 appearances.

He told Bild: “I make no secret of the fact that I would like to keep him, but we have to live with Leo probably leaving us.”

A former Germany under-21 international, Bittencourt is able to play on either flank, and has 128 Bundesliga appearances under his belt.

Tottenham have been heavily linked with a new winger this summer, which seems strange considering Mauricio Pochettino tends to operate more centrally, as well as the fact he already has a fair few options at his disposal. However, for just £7million, Tottenham could be onto a bargain, and it is the sort of move which has little risk but the potential of big reward. There will of course be questions over why he and his team mates were relegated, and whether he has what it takes to be starring for a club pushing at the top of the Premier League, but unless someone takes a chance, we will never know.

In other Tottenham news, Spurs must batten down the hatches after rival legend reveals ‘dream’ swoop of top ace.