New West Ham manager David Moyes is targeting Bournemouth’s Harry Arter and Sunderland’s Lamine Kone after being told he can get rid of any players not living up to expectation, according to a report.

The Mirror claim on their website that the Hammers’ boss could make the shock decision to offload Marko Arnautovic, the club’s £25million record signing, just six months after arriving from Stoke City, which would help raise funds for him to spend in January.

The former Everton and Manchester United boss plans to swoop for midfielder Arter, who signed a four-year contract extension with the Cherries over the summer, as Moyes looks to reinforce his midfield.

He is also keen on poaching Lamine Kone from former side Sunderland, although the Ivory Coast defender is currently out injured with the Black Cats sitting at the foot of the Championship, with their league position said to give the Hammers a chance on securing him in a cut-price deal.

Arter, 27, has 63 Premier League outings under his belt, seven coming this season, while 28-year-old Kone made 45 top flight appearances before being relegated with the north east side.

News that Moyes looks set to axe Arnautovic after just six months seems harsh on the Austrian, but he has failed to live up to expectations after his record breaking move. There were so many hopes pinned on his arrival but he has just not delivered, which is one reason the Hammers find themselves where they are. If they could secure a price close to which they acquired him for, which seems unlikely considering his form, then reinvestment must take place. Arter seems a solid purchase after proving himself as top flight quality, while Lamine Kone was a bright spark in an otherwise forgettable Sunderland side. Whether they will be enough to help drag the club out of their relegation fight is another matter, but Moyes should know what he needs, considering his experience of similar situations with the Black Cats.

In other West Ham news, fans were left raging over this statement from David Gold. 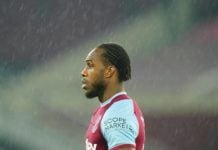 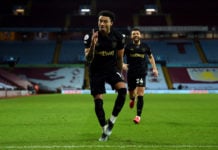