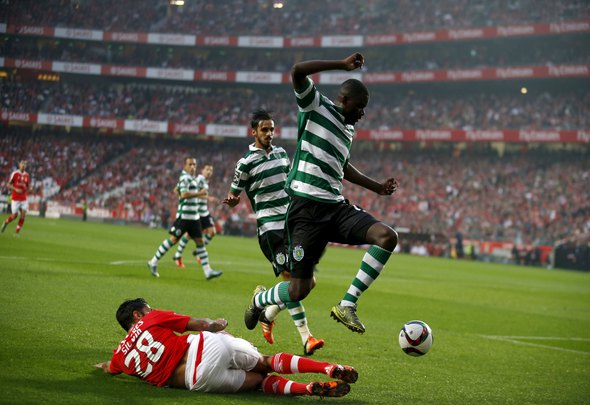 West Ham have delivered an ultimatum to European giants Sporting Lisbon as they plan to tie up defensive midfielder William Carvalho before Thursday evening, according to a report.

The Mirror have claimed via their website on Tuesday that the Hammers have grown infuriated by the Portuguese outfit continuously changing their goalposts.

It is said that the east Londoners last made a £30million plus £5million in add-ons for the 25-year-old, which would mark a club-record for West Ham, but Sporting Lisbon now want as much as £40million.

The Hammers are however reported to be unwilling to go so high for for the 37-time capped Portugal international and it is said that the Premier League outfit have insisted that their last offer is final.

The Mirror report also claims that Carvalho is Slaven Bilic’s side final transfer target before Thursday’s transfer cut-off, so it is now a waiting game as to whether the Hammers can strike a deal.

As with last summer West Ham do a lot of their transfer business in the media and that is sometimes counter productive for the club. It is well detailed that the Hammers missed out on the likes of Carlos Bacca and Alexandre Lacazette last year. Now, Carvalho could be another one that fans remember as the one the club missed. The supporters have been expecting the announcement of the once thought bright prospect for weeks now and if he is not in a Hammers shirt before September then the club could be expecting another backlash from fans, especially after their poor start to the Premier League campaign.

In other West Ham transfer news, this English club have agreed a permanent fee for Hammers attacker.