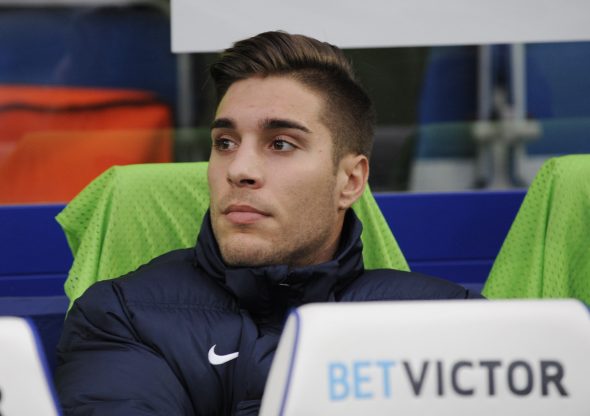 West Ham are lining up a transfer swoop for Rubin Kazan striker Ruben Rochina as he considers applying to become a free agent, according to a report.
News website HITC claim that the Hammers are keeping tabs on the former Blackburn Rovers forward and are considering a surprise move, as his contract situation with the Russian club reaching breaking point.
It is said that the 26-year-old Spaniard has not been paid in months due to financial issues at Kazan and that he is weighing up an application to FIFA to cancel his deal and be available for a bargain swoop for suitors, with the Hammers joined by Fulham and Girona also reportedly interested.
Rochina was dubbed a flop during his time in the Premier League with Rovers, scoring just twice in 22 appearances as the club were relegated, and he has managed just five outings for Rubin Kazan this season.
Football Insider verdict
Rochina might have grown as a player from his first spell in the English top flight but there has been nothing to suggest since that he has what it takes to succeed in the Premier League. He is at best an average striker and although available for potentially nothing, it still is not worth the risk to David Moyes. The Hammers need some additional firepower considering their injury woes and lack of consistency up front but a proven hitman, not a bargain basement deal, is what they should be looking for. If the move does go through, chances are he will struggle for game time and fail to have the impact needed for the second half of the season.
In other West Ham transfer news, the club look set to reignite a swoop for a Premier League pass master.