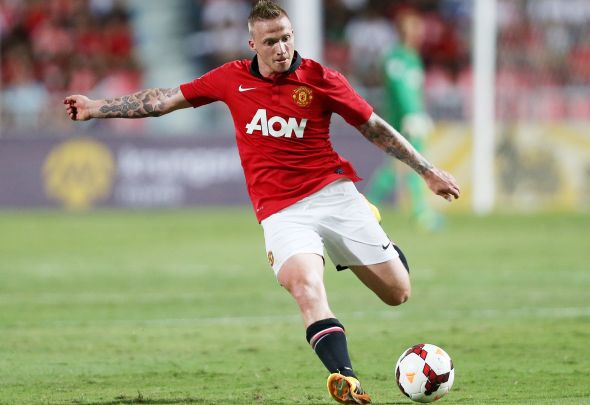 West Ham have stepped up their search for a new left-back and former Manchester United defender Alexander Buttner is high on the Hammers’ shortlist.

Manager Slaven Bilic is desperate to bring in a left-sided defender after Aaron Cresswell was sidelined for four months with a knee injury sustained last weekend.

According to FOX Sports, Bilic is a long-term admirer of Dynamo Moscow left-back Butnner after trying to sign the 27-year-old during his time at Turkish champions Besiktas.

It is said that Buttner is one of the candidates to replace Cresswell after the Hammers were linked on Tuesday with a double raid on relegated Norwich for left-sided pair Robbie Brady and Marcus Olsson.

With Premier League experience and a 2012-13 winners medal, Buttner could be the perfect signing as Bilic looks to quickly fill the void left by Cresswell.

The pacy full-back, who has also played for Belgian giants Anderlecht since his time in Manchester, has just 12 months remaining on his three-year deal at Arena Khimki.

The Holland youth international made just 13 Premier League appearances for United in two years, after being brought to Old Trafford by Sir Alex Ferguson.

The Hammers have been successful in the transfer market so far, bringing in international stars Gokhan Tore, Havard Nordtveit and Sofiane Feghouli as Bilic looks to bolster his ranks as the East London side prepare for a European campaign.

In other West Ham news, this teen sensation has revealed his plans on how to secure a first-team spot.