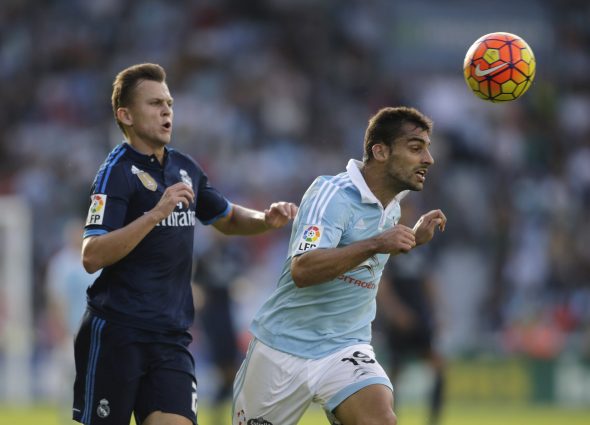 West Ham have reignited a transfer move for Celta Vigo full-back Jonny Castro after seeing an approach turned down over the summer, according to a report.
Football news website TeamTalk claim that the Hammers are keen on snapping up their long-term target in January but would have to pay in the region of £14million to secure his signing, with European giants Roma and Atletico Madrid also said to be in for his signing.
The 23-year-old’s agent is said to have confirmed that talks with all three clubs have taken place and that a decision over the left-sided defender’s future will be decided over the next week.
Castro has made 22 appearances for the Spanish side, 18 of those coming in the top flight of Spain, with a total of 203 senior appearances under his belt across all competitions, including the Europa League.
Football Insider verdict
West Ham already have Aaron Cresswell at left back but it appears as though David Moyes may be seeking to improve on his current options in defence. Able to play on either flank, Castro already has bags full of top flight experience despite being just 23-years-old, meaning that he has the best of his career ahead of him. A price tag of £14million is not an extraordinary amount in today’s transfer market and West Ham would more than likely be able to afford it. However, competition from Roma and Atletico Madrid, both competing at the top end of their respective leagues, may sway his attentions elsewhere, and Moyes faces a real fight to convince him the London Stadium is where he should move to next.
In other West Ham transfer news, the club are lining up an ambitious swoop for one of the top flight’s highest rated young stars.