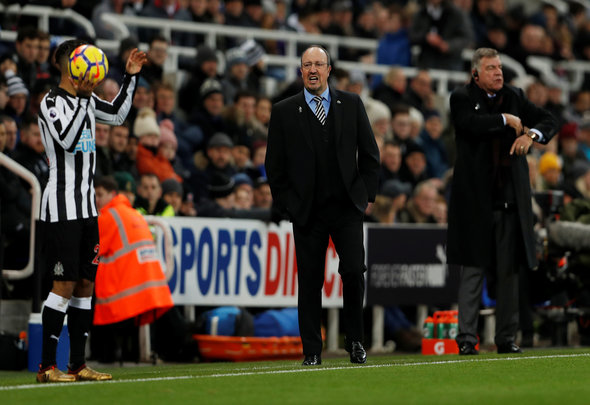 There are few things that Newcastle United fans really want when it comes to their football team.

One is for Mike Ashley to sell up and hand the reigns to an owner with ambition – a hope which, although it might have faded somewhat after the winter fiasco with Amanda Staveley, is by no means dead in the water.

Another is for the club to compete with their rivals and not make do with mid-table mediocrity – again, a hope which will only be realised once the unambitious Sports Direct tycoon departs St James’ Park for good.

Perhaps the final and most realistic desire is for Rafael Benitez to commit his long-term future to the club, with doubts likely circling the head of every Newcastle native as every day passes closer to the expiry of the manager’s current deal, which ends in 2019.

Thankfully, for the future of the club and the sanity of supporters, it looks as if the Toon Army’s dreams could well become a reality.

The Independent have claimed on their website that the Spanish boss, who arrived in 2016, is not willing to commit to anything until the Magpies have secured their place in the Premier League next season, despite initial talks over a new contract taking place in winter.

While that will concern supporters somewhat, who will fear what might happen should their side slip back into the second tier, the report also claims that Benitez is keen on improving the academy setup, a move which certainly hints at a long-term future on Tyneside.

Having galvanised the entirety of Newcastle behind him, the former Liverpool boss has real ambition in transforming the north east side into a competitive football club, and his plans to build from the bottom can only mean he hopes to remain at the helm to guide them to success.

He is loved at St James’ Park and the report claims the supporters’ admiration could play a big role in convincing him to stay.

There will be no celebrations until he puts pen to paper, but if and when he does, you can be sure the Toon Army will be singing from the rooftops.

In other Newcastle United news, the Magpies are eyeing up a profit from one outcast this summer.