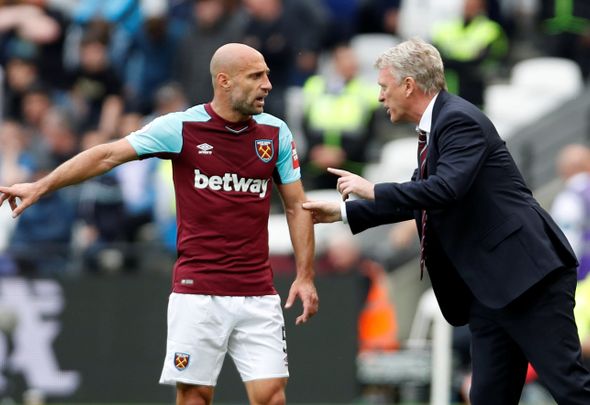 West Ham reportedly bidding for West Bromwich Albion defender Craig Dawson proves that Pablo Zabaleta’s days at the club are numbered unless he adapts to a new role.

The Hammers are thought to have seen a £12million bid rejected by WBA for Dawson, as reported by The Telegraph, and are currently considering whether to return with an improved offer for the 28-year-old.

Given that the current Baggies defender’s primary position is right-back then that must have Zabaleta worrying about his future at the London Stadium.

The Hammers 33-year-old has already seen Ryan Fredericks arrive at the club this summer and if another right-back is recruited then Zabaleta might not even be seen as first-choice cover.

The Hammers favourite was a standout performer in the 2017/18 campaign for the club as he shone in the majority of the 39 appearances he made across all competitions.

Yet it seems that Manuel Pellegrini isn’t convinced about continuing to utilise Zabaleta in his natural position of right-back based on his actions in the transfer market.

It was previously claimed by West Ham Way,who are a trusted source of Hammers information, that Pellegrini would look to play Zabaleta more centrally in the upcoming campaign.

It’s believed that Pellegrini would be open to playing the veteran defender as a centre-back or as a central midfielder.

Given the fact that the Hammers have now reportedly attempted to bump Zabaleta further down the pecking order at the club when it comes the position of right-back, it seems the former Manchester City defender has no choice but to adapt to a new role.

The 33-year-old’s current Hammers contract is set to expire next summer and he has no chance of his deal being extended if he hardly features next season.

Therefore Zabaleta has to make his new role in the centre, whether that be in midfield or defence, his own relatively quickly or it simply means that his successful stint at the Hammers already has an expiry date in sight.