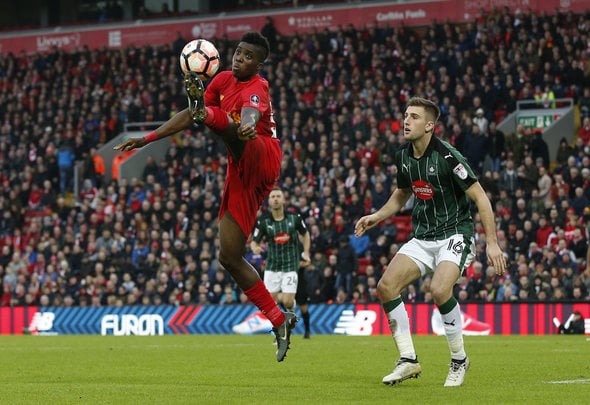 Sheyi Ojo has revealed that he snubbed Premier League big hitters Newcastle to join Fulham in order to get more game time.

The Sun claim the England Under-21 international had a choice of loan possibilities this summer as he was “wanted” by Newcastle as well as Championship big-spenders Middlesbrough.

But dazzling winger Ojo, 20, agreed with parent club Liverpool that it was best to go to a club where he would play regularly to help his development.

Ojo told the Sun: “The main decision this season was about getting the exposure and the game-time that’s going to help my development.

“If I had gone on loan to the Premier League, maybe that would have been a different matter.

“I came to Craven Cottage for the game against Norwich on the first day of the season and I really liked the style of play Fulham were playing.

“In my opinion, Fulham are the best footballing team in the Championship and  that’s only going to improve me.

“As a young player, you can only really develop if you’re playing games.

“Last season I was limited to playing-time with injuries and stuff. This season the main  aim was to get regular games and  improve.”

Ojo has made three appearances on loan at Fulham, which have yielded a single assist in the 2-1 midweek win against Hull City.

At Liverpool, the wide forward has made 13 senior appearances, scoring one goal and providing four assists.

He is highly regarded by the Reds coaching staff and has a contract that runs until the summer of 2020.

In other Newcastle United transfer news, the club are in talks to sign up a defender in the form of his life.