AS Monaco are on the verge of signing Rachid Ghezzal which could pave the way for attacking midfielder Thomas Lemar to join Arsenal this summer, according to a report.

The newspaper claims that his potential arrival could see Lemar move to the Emirates Stadium with the Frenchman keen to play at the North London club next season.

The Gunners might need to break the bank in order to secure the 21-year-old’s signature as the Sun recently reported that Monaco value the Frenchman at £80million.

Arsenal have reportedly been desperate to sign the youngster this summer as the Daily Mail recently reported that the French outfit had rejected a £50million bid from Arsenal for him.

Lemar’s current contract with the French champions runs out in 2020.

Arsenal supporters will be delighted to hear that Lemar has reportedly expressed his desire to join the Gunners ahead of the new campaign. The Frenchman was in outstanding form for Monaco last season and he was one of the main reasons why they managed to clinch the league title ahead of favourites Paris Saint-Germain. There is no doubt that Arsenal boss Arsene Wenger will be put off by the reported £80million price tag but in this current market, it must be considered as a plausible amount for a young international who has already won a domestic league title and participated in a Champions League semi-final. It appears that Monaco have already found his replacement in Ghezzal so once that transfer is complete, the Gunners need to react fast and try and seal a deal for the Frenchman.

In other Arsenal transfer news, this Gunners first-team player who reportedly handed in a transfer request. 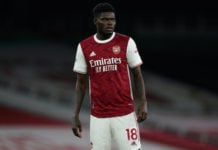