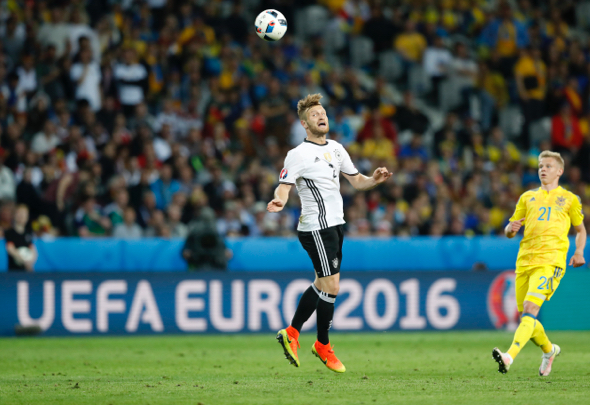 Arsenal have finalised an agreement with Shkodran Mustafi worth £63.6million in total, Football Insider sources understand.

Manager Arsene Wenger revealed on Saturday evening that the Germany international has undergone a medical and has signed for the Gunners although there is still some paperwork to be completed before the transfer can officially be announced.

An Arsenal recruitment source has told Football Insider that Arsenal will pay £35million to Valencia for Mustafi and have agreed the terms of a five-year contract with the centre-back worth £110,000-a-week.

The deal will immediately elevate the 24-year-old into the second bracket of earners at Emirates Stadium, below top men Mesut Ozil and Alexis Sanchez.

Mustafi will not link up with Arsenal until after the international break as Germany are scheduled to play Finland and Norway on 31 August 4 September respectively.

Mustafi arrives in north London at the same time as Spanish striker Lucas Perez, who has joined from Deportivo La Coruna for a fee of £17million.

“We have bought two players in Mustafi and Lucas Perez. They’ve both had medicals but we need to complete the paperwork,” Wenger told Sky Sports, as quoted by their website, in the aftermath of Arsenal’s 3-1 win over Watford on Saturday.

“We have a good little break now and we can help them to join the squad. Lucas Perez is not in the Spanish national team so can join straight away but for Mustafi we have to wait until after the break because he goes with Germany.”

In other Arsenal transfer news, this is the £40million defender the club wanted to sign this summer.