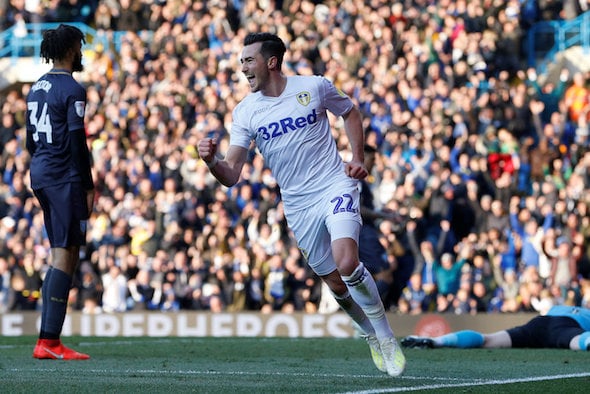 Marcelo Bielsa has urged Leeds United to re-sign Jack Harrison as he promised to turn him into a £15million player, Football Insider understands.

Harrison has returned to parent club Manchester City following a mixed season on loan at Elland Road, where he showed glimpses of star quality but also frustrated fans.

A Leeds source has told Football Insider that Bielsa has faith he can maximise the potential of the 22-year-old and help turn him into a genuine top talent.

The Argentine has told Leeds chiefs during extensive discussions over the last week about his future that he is a big admirer of Harrison and would like to take him on another year-long loan if he stays.

A permanent deal is unlikely as City value Harrison at around the £7.5million mark, which puts him out of the reach of Leeds following their failure to secure promotion to the Premier League.

But Bielsa is confident he can double the value of the youngster, which, coupled with his close relationship with Etihad Stadium manager Pep Guardiola , could help smooth another loan deal.

Harrison joined City from their sister club New York City in January of last year before he was immediately loaned out to Middlesbrough for the second half of last season.