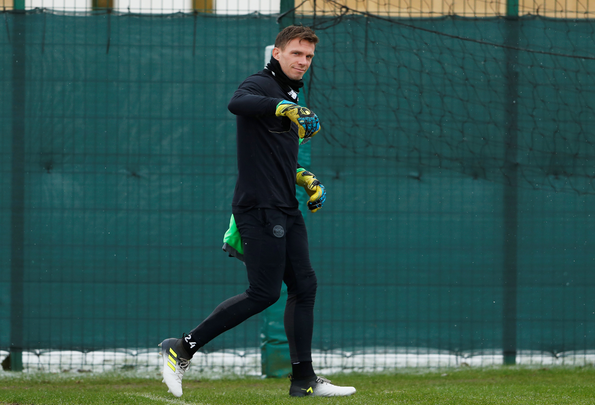 The Dutchman, 38, has been restored to the matchday squad for the last five league games but has not made a single appearance this season and last played in March 2018.

De Vries is out of contract at the end of the season and a club source told Football Insider there are no plans to offer him an extension.

The veteran, signed by Brendan Rodgers from his former club Swansea City in the summer of 2016, will be informed he is free to find a new club.

De Vries has made just 15 Hoops appearances during his three seasons at Parkhead, where he has been behind Craig Gordon and new number one Scott Bain in the pecking order.

Youngster Conor Hazard also leapfrogged De Vries earlier in the campaign, but Neil Lennon has chosen to go with the senior of the pair on the bench during Gordon’s recent absence.