The west Londoners have made the 21-year-old one of their top targets as they look to strengthen the defensive side of their team for next season.

A Chelsea source has told Football Insider that Rice’s mammoth price tag means they will need to sell one of their senior stars for major money to partly fund a bid.

The club are planning to listen to offers for Jorginho, 28, after he slipped down the pecking order either side of the lockdown.

Frank Lampard has made N’Golo Kante the first choice midfield anchorman due to his ability to make high-intensity sprints to close the gaps against inventive opponents.

The source explained the writing was on the wall for Jorginho even before his wretched display when recalled to the team in the recent 3-0 defeat to Sheffield United.

Lampard and his assistant Jody Morris are both big admirers of the versatility and pedigree of Rice.

West Ham face a major battle to hang on to their prize asset regardless of whether they survive Premier League relegation.

Football Insider revealed yesterday that Man United have reignited their interest in Rice after it was said to have cooled. 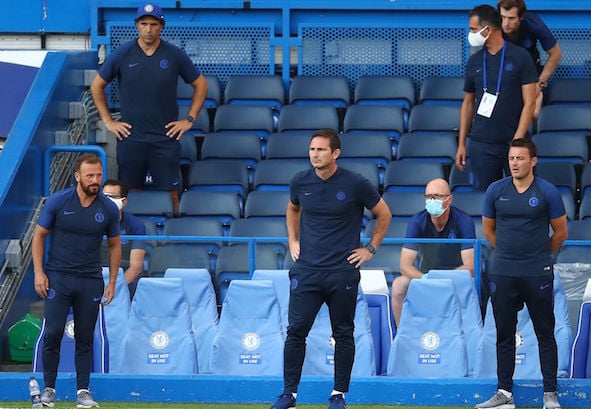 Rice broke into the West Ham team in his late teens playing in central defence but has operated almost exclusively in a midfield anchorman role in the last two seasons.

He has played every minute of the Hammers’ 35 Premier League matches this term, including Saturday’s 4-0 win over Norwich City.