Fulham are in pole position to beat Celtic to the signing of Sampdoria defender Omar Colley after talks last night, Football Insider understands.

The Premier League club have seen multiple potential centre-back signings slip away in recent weeks as they look to strengthen their backline ahead of the Monday cut-off.

A recruitment source has told Football Insider that Fulham are in discussions with Sampdoria over a deal for Colley.

He has a £10.8million release clause in his contract but the west Londoners do not pay that price for the Gambia international.

Significantly, Colley is keen to move to the Premier League and that has given Fulham hope of completing a deal.

He was omitted from the Sampdoria squad for their 2-1 win over Fiorentina on Friday night after starting their first two league matches of the season.

They have been working intently on recruiting a proven centre-back but deals for the likes of Sassulo’s Marlon, Huddersfield Town’s Terence Kongolo, Norwich City’s Ben Godfrey and Juventus’ Daniele Rugani have all collapsed or failed to be agreed.

Fulham owner Tony Khan also took to Twitter on Monday night to promise the club are looking to sign a centre-back as soon as possible.

Celtic’s need for a central defender is not quite so urgent, but they are looking for replacements for Kristoffer Ajer. 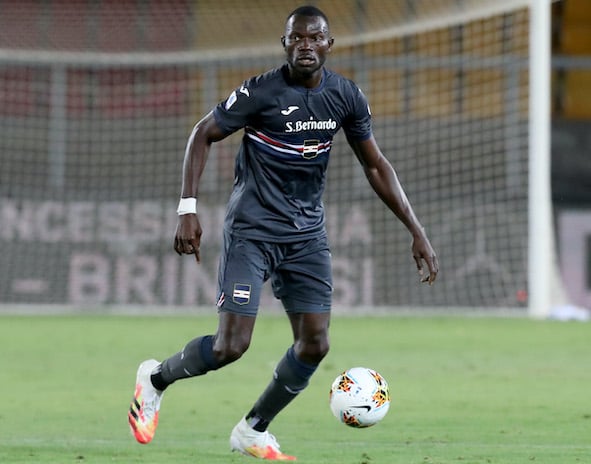 They could hold fire on sealing a deal until January as the Norway international, who has rejected a new Hoops contract, has not agreed an exit.

Football Insider revealed at the end of August that Celtic have set their sights on Preston North End’s Ben Davies to potentially succeed Ajer.

In other news, Sheffield United are set to hand Celtic a blow with move for £10million-valued star.