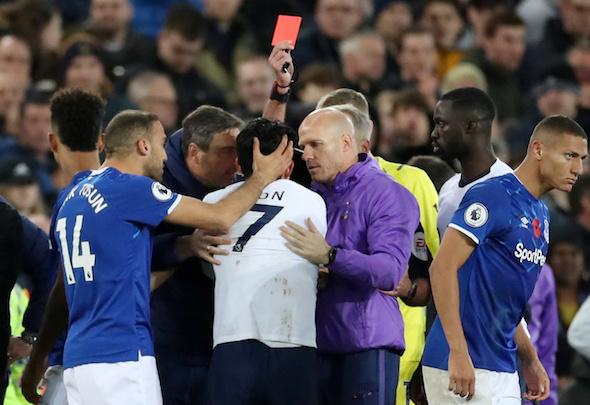 Tottenham signed seven senior stars including the headline capture of Gareth Bale in the recent window.

But, by whatever measure you choose to use, Son Heung-Min is second only to Harry Kane in terms of the Spurs players pecking order.

The England captain is the only player more valuable to the club, more important to the team and more popular among supporters.

You only have to watch the Tottenham Amazon documentary to see how Jose Mourinho feels about the player he calls ‘Sonny’ and how desperate he was when the attacking midfielder suffered a pre-lockdown elbow injury that required surgery.

Son’s already sky-high reputation has been further enhanced by his brilliant start to the new campaign as part of a free-flowing attacking side in the very best Spurs tradition and at odds with Mourinho’s reputation as a footballing Scrooge.

Tottenham are in talks with the South Korea international over a new and improved contract.

Those discussions with board chiefs are progressing well, a source told Football Insider, and expected to result in an agreement this autumn.

It is an anomaly of the current pecking order that Son is not in the top bracket of earners at the club.

All are on more than £150,000-a-week, and Spurs have been working to address the imbalance.

The club are aware that Son’s current agreement expires in the summer of 2023 and do not want another Christian Eriksen or Toby Alderweireld situation.

The club’s second main goalscorer and matchwinner is considered too important to be in a position where his contract enters its final two years.

The 89-times international has already banged in eight goals from seven matches, including seven from five league games, this season supplemented by four assists.

Since joining from Bayer Leverkusen in 2015, Son has played 236 times for Tottenham, scoring 93 goals and providing 51 assists.

He is a bona fide superstar and will soon be on superstar wages.