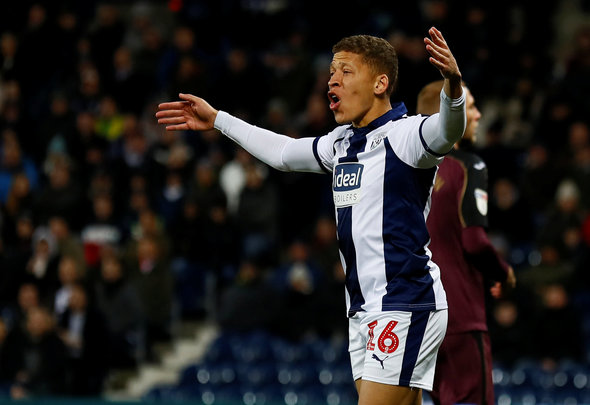 The forward has been consistently linked with Leeds over the last two seasons and a significant section of their supporters, as well as ex-players, regard him as the ideal solution to their goalscoring plight.

A Leeds source has told Football Insider that Gayle is not regarded as a realistic winter target for the hierarchy due to the cost of his “Premier League style wages”.

Victor Orta and his recruitment team will be pursuing other targets as they look to present Marcelo Bielsa with a list of attacking options to complement Patrick Bamford and Eddie Nketiah.

There have also been suggestions from the 29-year-old’s camp that he would want a permanent move in January rather than another loan switch.

Given that Gayle is rated in the £10million-plus bracket, that would be out of the question for Leeds, who did not spend any transfer fees in the last window, when all the senior recruits came on loan.

Gayle spent last season on loan at West Brom, where he spearheaded their promotion push with 24 goals from 41 matches, all of which came in the Championship.

He has subsequently made just two substitute appearances for Newcastle this season, partly due to injury.

The forward’s future is up in the air ahead of January, although he may be given one last extended chance at St James’ Park in the coming weeks to show he can be as effective at Premier League level as he has been in the Championship.

Out of contract in the summer of 2021, Newcastle may decide to listen to offers for him in the upcoming window if he does not prove to be the answer to their scoring ills.

There will certainly be plenty of interest in Gayle from Leeds’ promotion rivals, not least West Brom, who were keen to take him back on loan again this season.

In other Leeds United news, it can be REVEALED that Marcelo Bielsa is preparing to make a major change of heart over one Elland Road player.