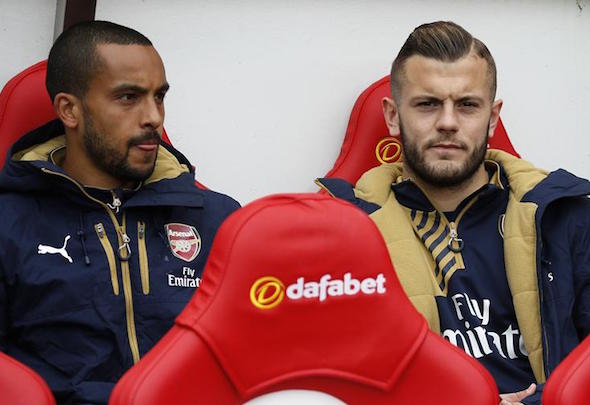 Theo Walcott has been sounded out about his interest in joining Liverpool this summer in a £50million deal, Football Insider sources understand.

The Merseysiders are assessing the possibility of making a £25million bid for the Arsenal star as well as put together a £120,000-a-week deal to tempt him to Anfield in the summer.

A source close to the situation has told Football Insider that intermediaries have approached Walcott to ascertain his interest in moving to Merseyside.

Liverpool are ready to offer Walcott a lucrative four-year package worth £25million that will put him on a par with the club’s top earners.

Manager Jurgen Klopp is not in the market for a striker this summer but is keen to strengthen in the wide forward and attacking midfield roles, with Bayern Munich’s Mario Gotze and Southampton’s Sadio Mane among those targeted.

Walcott had a disappointing 2015-16 campaign at Emirates Stadium and was only been on the fringes of the Arsenal team in the second half of the season despite being fully fit.

He missed out on England’s Euro 2016 squad after slipping down the pecking order for attacking roles at Arsenal and is aware of the club’s public pursuit of Leicester’s Jamie Vardy.

The source has told Football Insider that Arsenal are willing to allow Walcott to leave if they can secure a fee of £25million for the 27-year-old.

If that is not forthcoming, manager Arsene Wenger is happy to keep the pacy attacker on board and consider him for one of the wide roles in the team next season.

Walcott signed a new £110,000-a-week, four-year contract last summer to extend his spell with the club he joined as a 16-year-old to 10 years.

He has scored 85 goals in 343 appearances for Arsenal, including nine from 42 matches this season.

In other Liverpool transfer news, Jurgen Klopp has personally contacted one of the club’s principal targets to persuade him to move to the club.