Leeds United are stalling on offering Gaetano Berardi a new contract amid so much uncertainty over the current campaign, Football Insider understands.

The Switzerland international, 31, is out of contract at the end of June has been free to agree a pre-contract with an overseas club since the start of January.

A Leeds source has told Football Insider that the club are set to wait until the end of the season before formally discussing an extension with Berardi.

He is said to be keen to remain at Elland Road but revealed in December he did not know if he would get a new deal.

Berardi has been at Leeds for six years and is a huge favourite among supporters for his commitment and unbridled passion.

There was talk last year of him returning to Italy but he is settled in Yorkshire and a key member of Marcelo Bielsa’s squad.

United are reluctant to make too many key personnel decisions at a time when football is a month into a global suspension due to the pandemic and their promotion bid is up in the air.

Bielsa’s side are top of the Championship and well placed to secure automatic promotion when the campaign resumes, with plans for that to be in the second or third week of June.

The season could continue until the end of July, or even into August, by which time Berardi will be officially out of contract.

However, measures are likely to be put in place by Fifa for players across the globe to remain with their current teams until the season is complete. 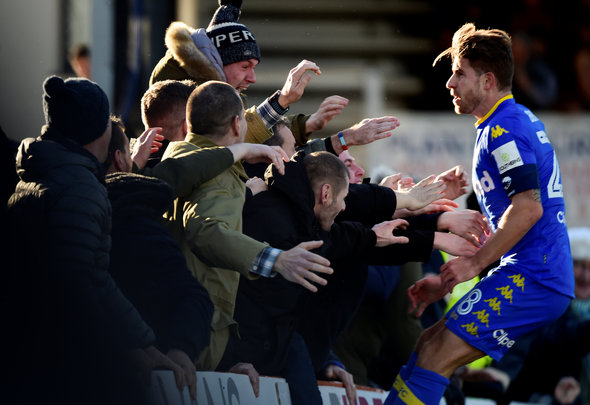 Berardi has been the third choice centre-back at Leeds during Bielsa’s two seasons at the helm and has made 11 league starts among 20 appearances this season.

Most of them have come as a replacement for Liam Cooper when he’s been injured.

In other Leeds United news, it can be REVEALED that the club’s stars are “begging” an “unbelievable” player every day to sign.