Rangers are keen on signing Leicester City starlet Dennis Gyamfi but they are not in the driving seat to complete a deal, Football Insider can reveal.

Ibrox sources have told Football Insider the club are not confident at this stage of luring a second rising star from the Premier League high flyers. 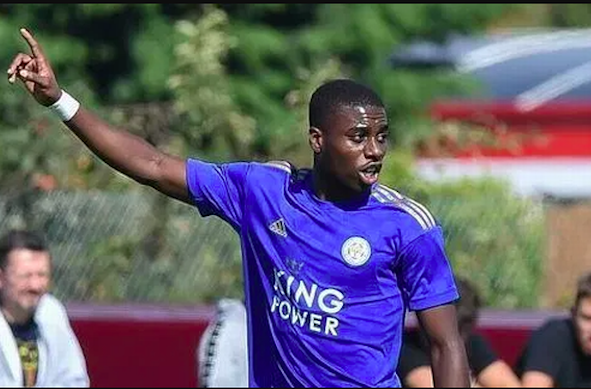 Gyamfi’s future is up in the air because he will be a free agent from 1 July when his scholarship contract is due to expire.

Football Insider revealed earlier this month that Arsenal are very keen on the right-back, 18, while there is also an interest from Man United.

Brendan Rodgers has demonstrated a willingness to keep Gyamfi by promoting him to first-team training at Leicester over the last two weeks.

The manager has been impressed by the development of the defender since training restarted and he has stepped up to join the senior squad for the first time.

Rangers are keen on the Holland youth international but he is not a priority for recruitment chief Ross Wilson and manager Steven Gerrard.

They expect to hang on to skipper James Tavernier, the long-established right-back, this summer and have high hopes for home-grown youngster Nathan Patterson.

Gyamfi, who is of Ghanaian descent and has been capped by Holland at Under-19 level, joined Leicester on a scholarship agreement in 2018.

He has played predominantly for their Under-18s – 27 times in total – and made his Under-23 debut in Premier League 2 in January.

The £300,000 Bassey deal was exclusively revealed by Football Insider before being announced by Rangers later in the day.

The club are convinced they have pulled off a real coup by landing the left-back, 20, ahead of Premier League clubs for around a tenth of his real value.

In other Rangers news, it can be REVEALED that the club have agreed to sign £3million player from Premier League club after West Ham bid knocked back.