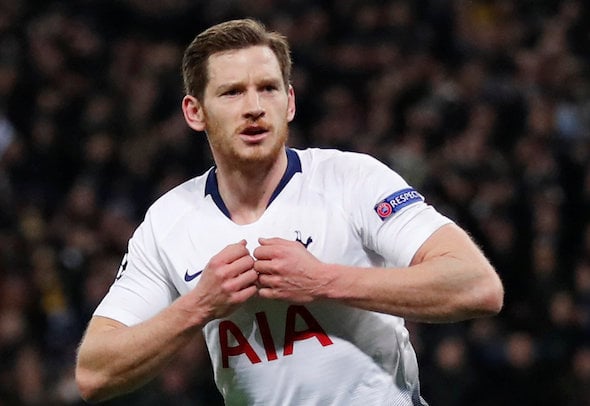 Leading Premier League clubs re keeping close tabs on the England Under-21 international following his breakthrough season at the Championship outfit.

A Spurs source has told Football Insider that the club are looking at Kelly as a potential left-sided centre-back who can eventually succeed Vertonghen.

The 20-year-old has been playing predominantly at left-back for City but his manager Lee Johnson has spoken of his confidence that the 6ft 3in youngster will eventually develop into a top quality centre-back.

Vertonghen turned 32 last month and has a year remaining on his contract with the north Londoners. The Belgium international has been a mainstay of the side that has reached the Champions League final and is a nailed-on starter when fit and available but has made just 22 Premier League starts this season due to injury.

Kelly is also attracting strong interest from Southampton and Liverpool have been closely watching the rising star although they have now cooled their interest.

Johnson told the Bristol Post he is expecting big things of a player he claims “looks an absolute beast” and is destined to be a star for club and country.

Kelly made 26 league starts among 34 appearances in City’s recently completed campaign and was a key member of the team that narrowly missed out on a place in the Championship play-offs.