The striker, 24, has been targeted by Spurs as they look to recruit a blue-chip performer to strengthen their attack.

A recruitment source has told Football Insider that Sorloth is now headed to Germany to finalise a move to Leipzig after reaching an agreement over a move. 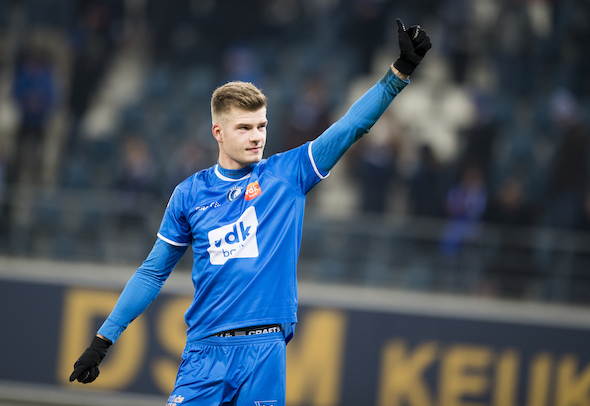 It will bring an end to his two-season loan to Turkish side Trabzonspor at the midway point.

Sorloth is contracted to Palace until the summer of 2022 but he failed to score a single goal for them in two seasons.

By contrast, he has been a huge success in Turkey and banged in 33 goals and supplied 11 assists in 49 matches in all competitions last season.

The Norway international’s league haul of 24 goals was enough to land him the coveted Turkish Super Lig Golden Boot.

Trabzonspor president Ahmet Agaoglu has revealed that Spurs are one of many clubs that have approached them for Sorloth.

He is now headed to Leipzig after Palace gave the green light for the permanent transfer of the striker they signed for £8m in the summer of 2018.

Tottenham have made no secret of their desire to sign a new striker before the 5 October cut-off.

Manager Jose Mourinho is also working on a sensational deal to land Gareth Bale from Real Madrid after confirmation talks are underway.