Tottenham have terminated the contract of defender Luis Binks to allow him to move to Montreal Impact, Football Insider understands.

The defender, 18, is training with Thierry Henry’s side in Canada with a view to earning a permanent deal ahead of the new MLS season.

A Tottenham source has told Football Insider an agreement has been reached with Binks to allow him to end his association with the club.

The left-footed defender began the season captaining Spurs’ Under-18s and has subsequently broke into the Under-23s.

He has featured in every minute of Premier League action since making his first appearance of the season at that level on September 27.

The teenage centre-back played regularly alongside new first teamer Japhet Tanganga but has not followed the 20-year-old into the senior set-up.

Capped by England and Scotland at youth international level, he has looked to secure a quicker route to senior football with a move overseas. 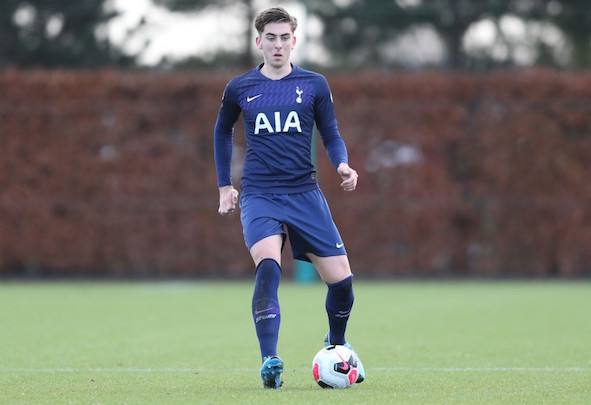 Henry, 42, agreed to take charge of Montreal Impact back in November and is gearing up for his first competitive games at the helm.

It is the second managerial spell of the Arsenal legend, 42, after an ill-fated spell at Monaco that ended in the sack after three months.