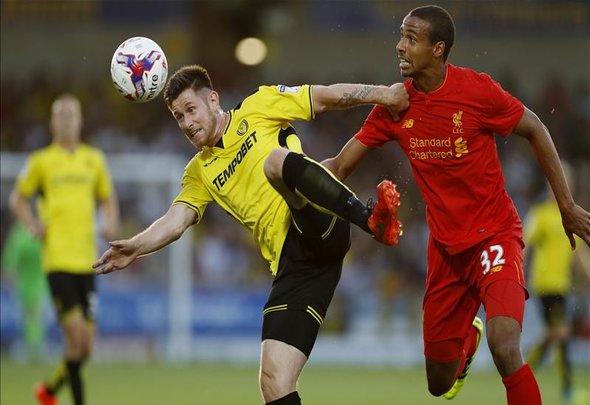 The TV and newspaper pundit is convinced that Klopp is on course to be Pep Guardiola’s only real challenger for this season’s league title.

Manchester City top the table after starting the campaign with a 100 per cent record from their opening five games, while Klopp’s Liverpool have picked up ten points out of a possible 15.

However, the Merseyside club have caught Savage’s eye by recording away victories at Arsenal and Chelsea as well as a notable draw at Tottenham, in addition to hammering champions Leicester City 4-1 at home.

The former Birmingham and Leicester midfielder believes Klopp has closed the gap so quickly after last season’s eighth-placed finish partly due to his business in the summer window.

“Joel Matip looks a top signing at centre-back – first impressions count for a lot and mine are that he is tall, strong and comfortable on the ball,” he wrote.

“And sooner or later, Klopp will back his judgement and give German Under-21 international goalkeeper Loris Karius a run in the side. My guess is that the Liverpool manager’s investment will prove well-founded.

“And Mane looks like a player who will grow in stature instead of being weighed down by his £34million price tag.

“Mane’s movement – dropping deep, pulling wide or hovering on the shoulder of the last defender – has made him difficult to track. Defenders don’t know whether to stay superglue-tight or drop off and let him roam.

“Already he has made a big difference to Liverpool: over the next seven months or so, he could prove the difference between glory and a near-miss.

“Over the first six weeks of the campaign, only Kevin De Bruyne has shone as consistently as Klopp’s Mane man.”

City’s nearest challenges so far this season are Everton and Tottenham, who have accumulated 13 and eleven points respectively.

In other Liverpool team news, Jamie Carragher has hinted on Twitter that Jurgen Klopp has axed this senior man for the Hull clash.