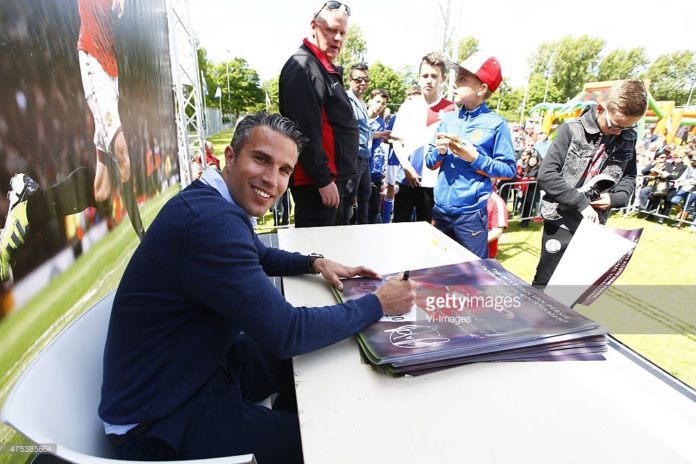 By Manchester correspondent Alex Stevens
Robin van Persie has been told by Manchester United he can find a new club as he tolds talks with Fenerbahce, Football Insider sources understand.

The Dutchman is free to discuss personal terms with the Turkish club after being given United’s approval to leave Old Trafford.
The Premier League club and Fenerbahce are also negotiating a fee for the 31-year-old as a deal edges closer.
Football Insider revealed last month that Van Persie would hold crunch talks with United to discuss his future and find where he figures in Louis van Gaal’s plans.
Van Persie has been willing to to leave Old Trafford this summer, but one sticking point is that he wanted to be handed a ‘golden goodbye’ by the Premier League club of around £2million, which would enable him to get close to meeting the shortfall of the salary drop he would get at another club.
The Dutchman has a year remaining on his £250,000-a-week contract and United have not approached him to offer an extension. He knows he will not get anywhere near the same salary at a new club due to his age and recent form.
Football Insider sources have learned that United will listen to offers for Van Persie, who turns 32 in August, as they plan to overhaul their front line.
The £24million signing from Arsenal scored only 10 times last season. While his campaign was once more disrupted by injury, Van Persie found himself behind the misfiring Radamel Falcao towards the end of the season.

The forward has admitted there is uncertainty over his United future after he found himself on the sidelines when he returned from injury at the end of last season.
Speaking while on international duty in Mat, Van Persie was open about the prospect of leaving. “It’s a strange, difficult situation,” he said. “A new situation, that’s a better word. I have to think in a realistic way. It’s my ambition to play the next years. I’m thinking about my family and my children with every decision I take.”
Van Persie was the double-winning Player of the Year as he shot United to the Premier League title in his first season at Old Trafford but his goal return diminished in the subsequent two campaigns, following up his haul of 30 goals in 2012-13 with 18 and 10.