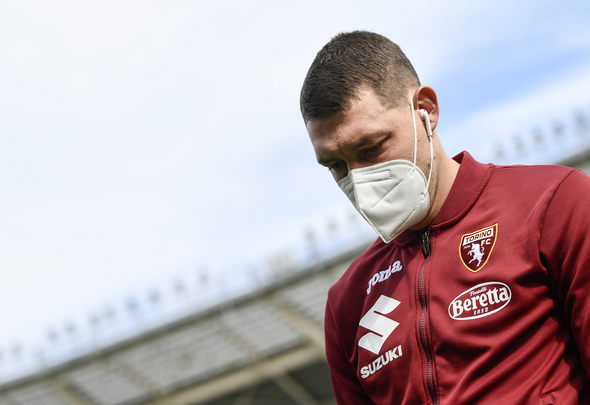 Torino striker Andrea Belotti “would be a great signing” for West Ham this summer, according to Paul Robinson.

The former Tottenham and England goalkeeper, speaking exclusively to Football Insider, said reported interest in the 27-year-old demonstrates how the Irons are a “different proposition in the transfer market under David Moyes”.

According to Italian outlet Corriere Granata, the Hammers are eyeing a move for the Italy international as they look to replace Sebastien Haller following his January move to Ajax.

Belotti has scored an impressive 103 goals in 219 appearances for Torino, with 11 of those strikes coming this season.

Football Italia claim the centre-forward will be available for a fee in the region of £30million this summer as he approaches the final year of his contract in Turin.

When asked by Football Insider for his thoughts on the potential signing of Belotti, Robinson said: “Belotti would be a great signing.

“The fact that we are even talking about this tells you that West Ham are a different proposition in the transfer market under David Moyes.

“They have an identity now, they look like a completely different team and they are no doubt an attractive proposition for any player.

“West Ham are a team that will be challenging for the top-five, top-six spots now and it means they will be looking at a different level of player.

“I think Spurs were looking at Belotti shortly before they signed Vinicius.”

In other news, a former Stoke City coach delivers an inside verdict on West Ham potentially signing Harry Souttar this summer.