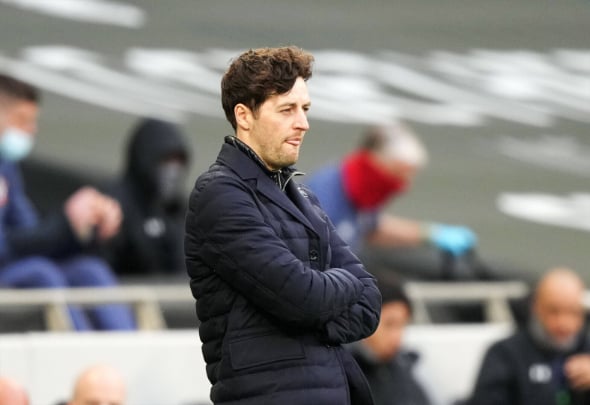 Harry Kane has thrown interim manager Ryan Mason “under the bus” by revealing his intentions to leave Tottenham, according to Paul Robinson.

The former White Hart Lane number one, speaking exclusively to Football Insider, questioned the timing of the 27-year-old’s decision to make his summer transfer plans public.

According to Sky Sports, the England captain wants to seal an exit from Spurs before the Euros kicks off on 11 June.

The story broke 48 hours before a crucial fixture against Aston Villa, with Tottenham losing the game 2-1.

It ultimately cost Spurs a place in next season’s Europa League with West Ham finishing just three points above them in sixth.

When asked by Football Insider‘s Dylan Childs for his thoughts on Kane’s future, Robinson said: “I question his timing.

“Why did he do it with two massive games left? Spurs were still challenging for a European place at that point. His timing shocked me.

“I do not question his commitment to the club but I think he has been really badly advised by someone.

“He has thrown his so-called good friend Ryan Mason right under the bus. Every single press conference that Ryan Mason faces is about Harry Kane.

“It is already a very difficult time for the club without Kane pouring petrol onto the fire.

“I completely understand him wanting to leave but I question the timing and the way it came out. Why did he do it? He has been badly advised.”

In other news, Robinson rips into 24-yr-old as Tottenham exit plan revealed.