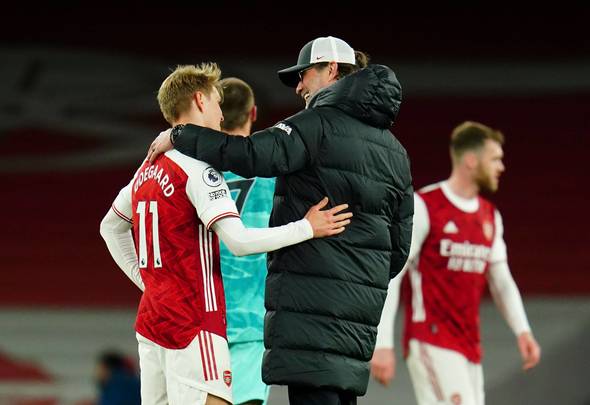 Paul Robinson has rubbished the idea of Liverpool manager Jurgen Klopp buttering up Martin Odegaard ahead of a potential summer transfer.

Speaking exclusively to Football Insider, the former Spurs and England goalkeeper said Arsenal will be doing “everything they can” to secure the 22-year-old’s signature on a permanent basis.

Odegaard has massively impressed since moving to Arsenal on a season-long loan deal from Real Madrid in January. 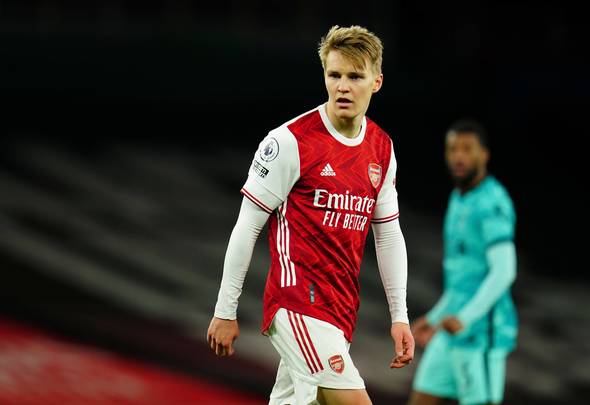 However, he endured a frustrating 90 minutes against Liverpool on Saturday, as the visitors produced a dominant display to win 3-0 at the Emirates.

The attacking midfielder was spotted exchanging words with Reds manager Jurgen Klopp after the match, with the Express last month linking the Norwegian with a move to Anfield.

When asked by Football Insider if Klopp was speaking to Odegaard with a view to signing him this summer, Robinson said: “Absolutely not!

“That was just two friends who know one another catching up.

“Odegaard is a sensational player and I am sure Arsenal will be doing everything that they can to sign him. 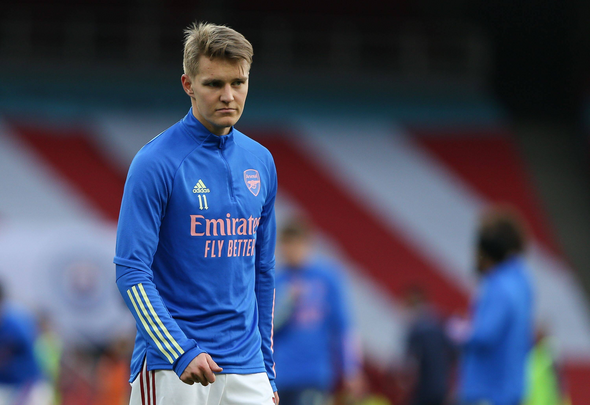 “If Liverpool were interested in him, I think Real Madrid would want their player back. You would also have Barcelona, Bayern Munich, all of the top clubs in Europe would be interested in signing Odegaard.

“Before he came to Arsenal he was a top player, but not he is performing at the top level in the biggest shop window there is.”

In other news, a World Cup winner has ‘opened the door’ on a sensational move to Liverpool this summer after a big reveal.