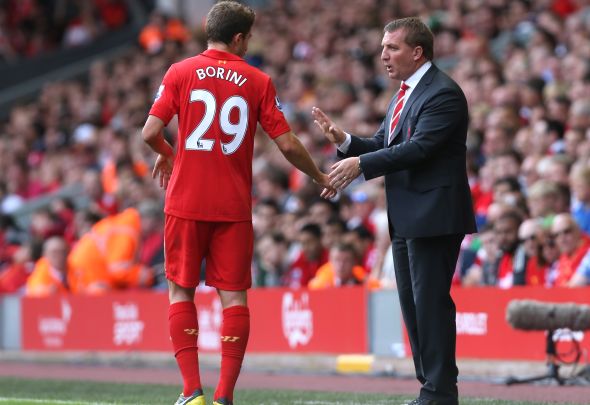 Brendan Rodgers claimed Fabio Borini was “the best physical player I’ve worked with” when he made him his first Liverpool signing in 2012.

Rodgers made the huge statement about the Italian striker even though Anfield greats Luis Suarez, Steven Gerrard and Jamie Carragher were among those under his command.

The Celtic manager has reportedly turned his attention to a reunion with Borini after working with him at Liverpool, Swansea and Chelsea, where he was the reserve team manager.

Sky Sports Italy journalist Gianluca Di Marzio has claimed on his personal website that the Scottish giants have identified Borini, 26, as a summer transfer target.

It is said that new Hoops head of recruitment Lee Congerton has been keeping close tabs on the one-cap Italy international.

Rodgers waxed lyrical about Borini after sanctioning the £12million capture of him in then summer of 2012.

“I’ve known him since he had just turned 16,” Rodgers told the Liverpool Echo. “We (Chelsea) took him in from Bologna and he progressed incredibly well as a young player to go on to play for the first team at Chelsea.

“It didn’t work out in terms of he couldn’t agree a contract, but before he left I took him on loan to Swansea and he made a big impression there and really helped us in our promotion charge that season.

“He is arguably the best physical player I’ve worked with in terms of his pace, power and fitness. Mentally, he’s very strong.

“I think the supporters will love him. He’s a multi-functional player who can play in a number of positions and someone I believe has got great growth.”

The consistent goalscoring of premier Sunderland striker Jermain Defoe has forced Borini down the pecking order this season at the Premier League strugglers, where he has scored just once in 19 matches.

But the Italy international has proved that he can make a significant impact in the Premier League and his goals were key to keeping Sunderland up last season.

With the Black Cats now set for the drop under David Moyes, Borini, who has also played for Roma in his homeland, could be looking for a move away from the club this summer.

Celtic are in the market for a new striker amid doubts over the long-term future of Moussa Dembele, who is attracting interest from the Premier League big guns on the back of a campaign in which he has set the Scottish league alight.

In other Celtic news, the deal is all but done for a proven Premier League performer to sign for the Scottish giants. 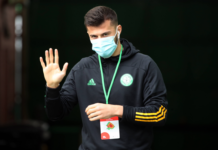