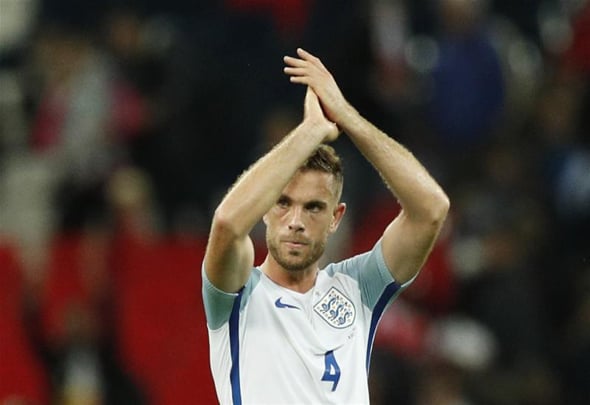 Former Manchester City forward Rodney Marsh was full of praise on Twitter following Jordan Henderson’s display for England against Malta on Saturday, but warned that the midfield will get run ragged by decent opposition.

The 26-year-old Liverpool captain was one of England’s star performers in a disappointing 2-0 home win against lowly Malta, ranked 176th in the world, just behind Suriname, Vanuatu and Cambodia.

Henderson set up England’s opening goal, scored by Daniel Sturridge, with a peach of a cross, and also assisted Dele Alli for England’s second.

He also put in a superb 50-yard pass for Jesse Lingard who volleyed over when he should have done better.

>I know it's only against a pub team but Henderson has been outstanding…..

Asked by a Twitter follower if his performance could be put down to the “Klopp effect”, Marsh replied saying “very possibly.”

However, Marsh did return to Twitter on Sunday with a warning for England’s midfield – despite reiterating his praise for Henderson.

>Upon further review: Thought Henderson was superb yesterday but overall, against a good opponent that midfield will get run ragged …..

Henderson has played in all seven of Liverpool’s Premier League games this season, scoring one goal in the game against Chelsea and registering just one assist against Swansea.

Liverpool have got a crunch game coming up at home to Manchester United on Monday 17 October and Liverpool fans will be hoping he can have the same influence on that game.

They’ll also be hoping he gets through England’s tough away game against Slovenia on Tuesday unscathed.