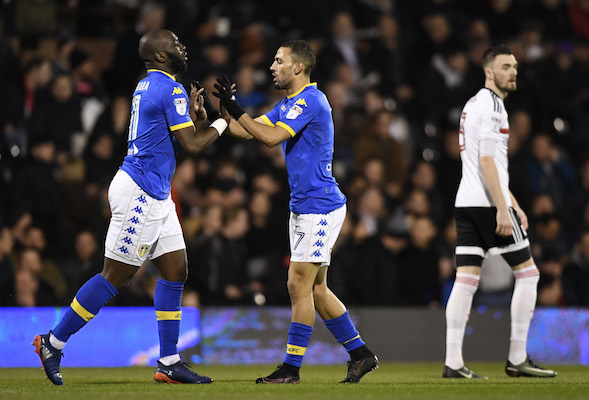 Kemar Roofe revealed his regret at seeing Leeds fail to achieve a Championship play-off place this season after playing their final league game on Sunday.

Leeds finished in seventh place in the Championship table following their 1-1 draw against Wigan Stadium on Sunday afternoon, despite being in the play-off places for five months.

Posting on his personal Instagram account, attacker Roofe described it as a “shame to have missed out” on finishing in the top six of England’s second tier.

However, the former Oxford United star believes Leeds will learn from their failure to hold on to a place in the play-off positions ahead of the 2017-18 campaign.

What a rollercoaster of emotions this season has been! Shame to have missed out on the play offs but we've learnt so much for next season. Thank you all for the positive support, fans have been amazing as always🙌 #MOT #LUFC

Roofe has been in and out of the side this season after Leeds stumped up a huge £3million for last season’s League Two player of the season, making 32 of his 48 appearances this term.

The ex-West Brom youth player had to rival the likes of Hadi Sacko and Modou Barrow for a place on the right flank, while Pablo Hernandez occupied the number 10 role.

Roofe is expected to be a prominent member of Monk’s side next season, as Leeds look to go one better and end their 13-year spell outside the Premier League.

In other Leeds news, Chris Wood has given his verdict on his own future after reported interest.