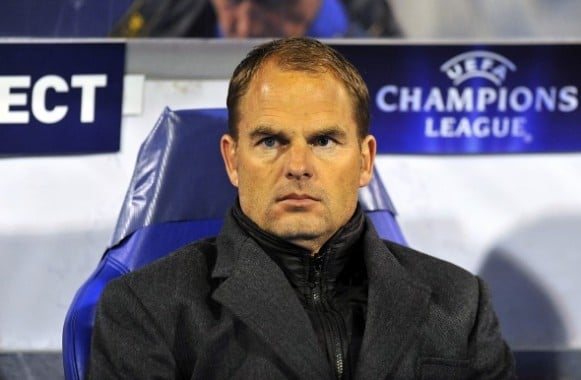 Ronald de Boer has said that Rangers must wait until the summer if they want to appoint his brother Frank as their new manager.

Rangers are currently looking to fill the managerial vacancy at Ibrox after Mark Warburton was dismissed from his post on Friday, and De Boer is one of several potential candidates.

The former Ajax manager appeared for Rangers as a player in 2004, making 17 appearances for the club. However, the 46-year-old is currently unemployed, following a disastrous spell in charge of Inter Milan.

The Dutchman took charge of the Italian giants in August, but lasted just three months before being sacked by the club.

With Rangers prepared to offer him a swift route back into management, his brother Ronald insists that the Scottish side stand little chance of signing him unless they wait until the end of the season.

“Frank won’t go into that [whether there has been an approach from Rangers] but he told me, and I knew this already, that he’s waiting probably until the end of April and then he will take his decision on what options are on the table.

“He wants to have a decent run-up. He had his lesson with Inter Milan when he had only two weeks to start the league, he couldn’t really prepare the team. I think he learned from that so he wants to have a good pre-season and get to know the players very well.”

Fans will be encouraged that de Boer hasn’t completely ruled out the position, and waiting until next season isn’t a big issue as Celtic have run away with the league title already.

If he does take over at Ibrox for next season, he will have a big rebuilding job on his hands. Under Warburton’s ill-fated tenure, the club made a series of reckless transfer decisions, performed badly on the pitch, and perhaps most importantly, fell an incredible 27 points behind rivals Celtic in the Scottish Premiership.

Joining de Boer on the Rangers managerial shortlist are the likes of Alex McLeish and Derek McInnes, who both (like de Boer) have previous ties to the football club.

In other Rangers news, Chris Sutton has hit out at the Rangers board following comments made by Dave King on the managerial search.